The Essence of Bowland Bottled 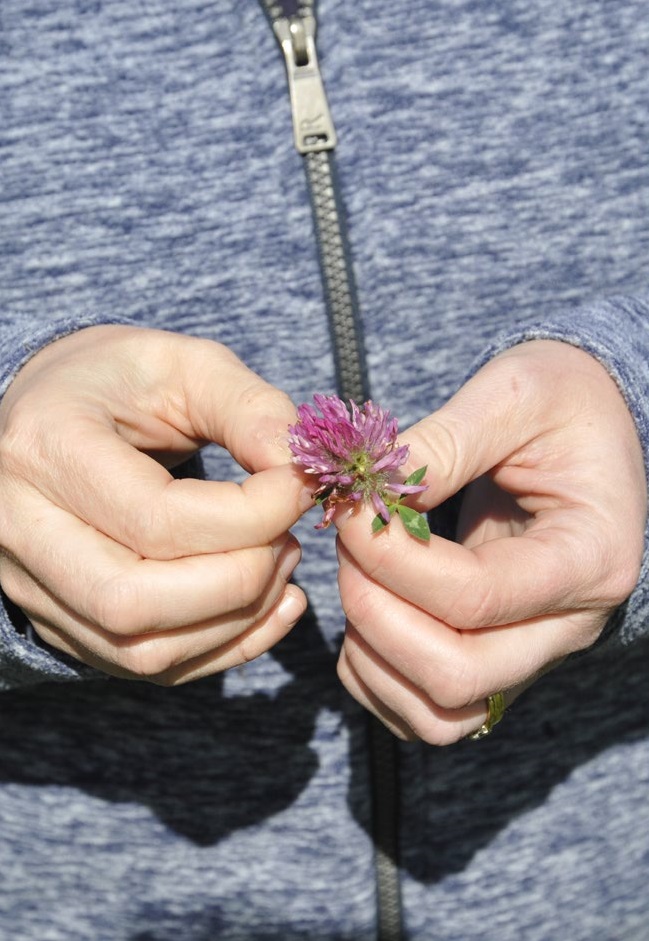 A second serving of a seasonal gin distilled with wild herbs, grasses and blooms from some of the richest wildflower meadows in England has just been released at a virtual celebration of traditional hay meadows.

And last year’s Hay Time gin was a huge success, selling out within just six weeks of its release.

Goosnargh Gin distillers Richard and Rachel Trenchard have been working with farmer Peter Blackwell and Forest of Bowland AONB Farming and wildlife officer Sarah Robinson to source and harvest a blend of wild herbs, grasses and flowers to impart distinct verdant tones to the finished gin. Hay Time is just one of Goosnargh Gin’s creations which are distilled in small batches, using traditional methods in copper alembic stills near Bleasdale, in the shadow of Beacon Fell.

The company uses local, organic and sustainably grown botanicals. “We’re keeping the exact blend of Hay Time a secret, but we have used flowers, grasses and leaves from species like meadow vetchling, sweet vernal grass, red clover and yellow rattle to distil the gin, giving it the unique essence of Bowland,” explained Rachel. “A sip of this carefully distilled gin – served with tonic and a garnish of fresh green apple – will transport you straight to these exceptionally special and ecologically significant Bowland meadows on a sunny summer’s day – alive with birdsong and the gentle background hum of bees.”

The enterprising couple has already achieved significant success since launching in October 2018, with international and local awards for their gins, which are inspired by the stunning landscapes of Bowland. 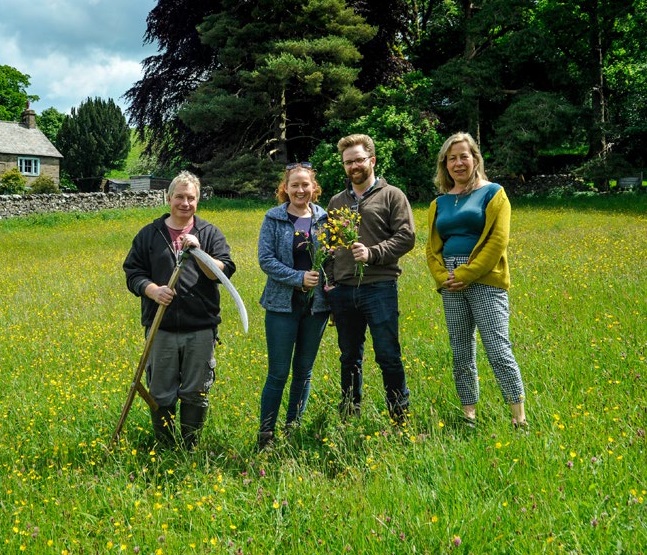 For every bottle of Hay Time gin sold, Richard and Rachel will donate £5 to projects in the Forest of Bowland, to encourage the education of young children about the importance of protecting these areas.

The wildflower-rich Coronation Meadows at Bell Sykes Farm act as a living seedbank – one of the last unimproved flower-rich grasslands in this part of Lancashire. Established by HRH Prince Charles in 2013 to mark the 60th anniversary of the Coronation of Her Majesty the Queen, Coronation Meadows are a network of some 90 protected wildflower meadows which maintain a living seedbank to provide a springboard for the restoration and creation of new sites across the country.

These very special meadows encourage the growth of native species and are home to iconic northern upland species including meadow crane’s-bill and melancholy thistle along with a colourful mix of yellow rattle, eyebrights, pignut, buttercups and lady’s mantle. Peter lets the grasses grow much longer before cutting and bailing, so that the seeds can develop and then be used to regenerate wildflower meadows elsewhere. “Peter’s meadows really are some of the finest examples of upland unimproved grassland anywhere in England,” said Sarah. “They typically produce around 10 times the variety of species you’d find in more intensively cropped
meadows and attract a whole host of insects and pollinators to create a 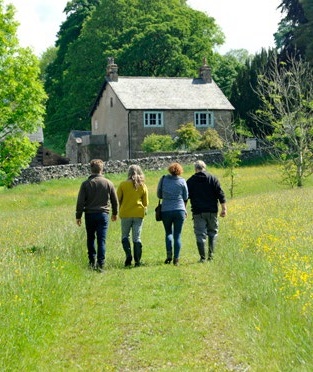 really rich base to the food chain.

Until now, Peter’s sheep and cattle have been the primary beneficiaries of this rich oasis of biodiversity, but with the first bottling of this very special gin, we humans can discover what we’ve been missing... and help safeguard the future of this vitally important habitat.”

National Meadow Day celebrations took place on 4th July.  Normally they take place at Bell Sykes Farm, Slaidburn.  This year, as we weren't able to meet face to face our celebrations took place virtually, joined by Goosnargh Gin telling us about their new season Hay Time release.   Take a look at some short film clips we took showing the species-rich meadows at Bell Sykes in June.