The Forest of Bowland AONB Partnership develops activities and projects to help tackle the climate emergency, over the last decade, the AONB has focused on establishing climate change resilience for the most vulnerable habitats. This activity was informed by our AONB Climate Change Adaptation Plan, published in 2011. 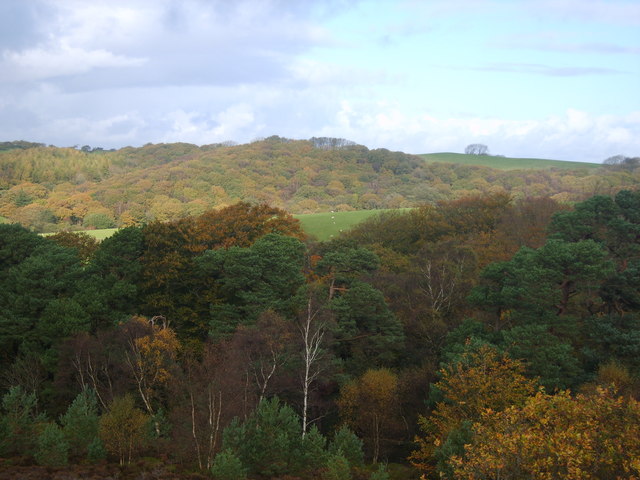 How can a designated landscape such as the Forest of Bowland assist in mitigating the impact of climate change?

The recent declarations of a climate emergency by organisations, professional bodies and local authorities has ensured that woodland creation is high on the agenda.  The Government's 25 year environment plan reiterated a proposed target to increase the total area of woodland to 12% by 2060. This would involve planting 180,000 hectares of new woodland by the end of 2042 (or planting nearly 400 million trees).

Current woodland planting incentives through the Countryside Stewardship scheme delivered around 700 hectares in 2017/18 through a scheme that offers up to £ 6,800 per hectare or £ 1.28 per tree. The scheme is seen as bureaucratic by the Environment, Food and Rural Affairs Committee (Efra). Regionally, the Government has endorsed the initiative of several Community Forests and the Woodland Trust to plant 50 million trees by 2032 as part of the 'Northern Forest.'

The desire to increase woodland is supported by the public and driven by the need to reduce carbon dioxide in the atmosphere, new woodland can also has many other benefits: ecological, reducing surface water, protecting soils as well as opportunities for recreation.

Background: Forestry in the UK 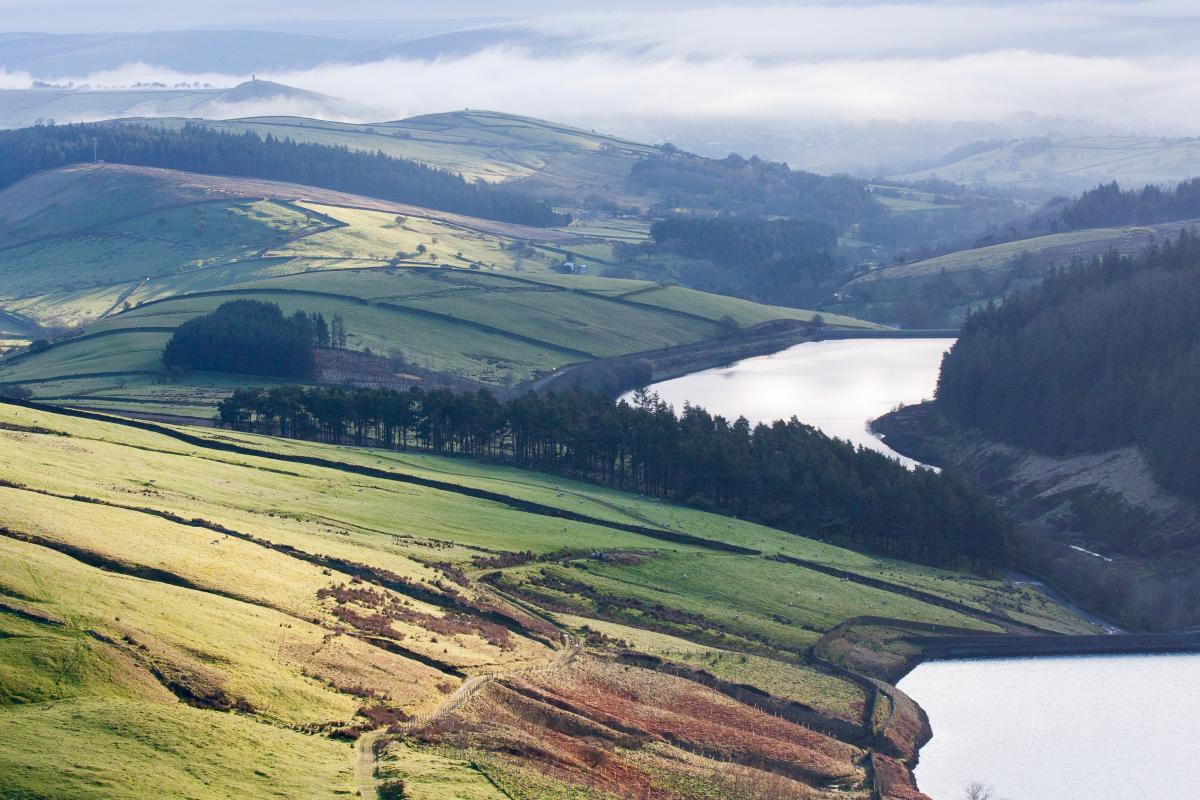 The Forestry Commission was formed in 1919 after the First World War to ensure a national timber stock on what was classified as 'marginal' land ( agriculturally-speaking). Forestry was also seen to promote rural employment. Increasing timber yield and employment are still drivers today but there is also a recognition that woodland creation can help sequester carbon and supply other 'ecosystem goods and services'.

Plantations of non-native conifers does not always have a positive impact from a landscape point of view with their uniform blocks and rows and infrastructure such as forestry tracks. With timber prices currently high and much extraction taking place; alongside the need for fencing and re-stocking with plastic planting tubes; the landscape impacts of forestry operations in existing plantations can be significant.

Forestry also has a potential impact on habitats, for example, plantations in the Flow Country in the 1980s had a dramatic impact on an area internationally important for blanket mire and migratory wading birds. The debate about forestry continues today in the uplands where internationally important peatland habitats are a significant store of carbon in their own right, as well as providing a range of ecosystem services. Many of these issues are clearly explained in the Government's UK Forest Standard.

Even well intentioned conservation woodland has the potential to impact biodiversity negatively. For example, species rich grassland now covers 3% of its pre-war extent so it is important that surveys take place to ensure that woodland planting does not impact on this fragmented and remnant resource. Equally, the impact of new woodland on wading bird populations in the Forest of Bowland needs to be considered on a case by case basis.

As a response to rising concern about the environmental impacts of forestry worldwide there was a demand for assurance that products were sourced from well-managed forests. The formation of the non-governmental Forestry Stewardship Council (FSC) was founded in 1993. In the UK the UK Woodland Assurance Standard (UKWAS) complies with FSC. By getting woodlands certified to the UK WAS, woodland owners demonstrate to society that their woodlands are responsibly managed. The list of requirements range from restocking felled plantation through to workers' rights, access, recreation and landscape. 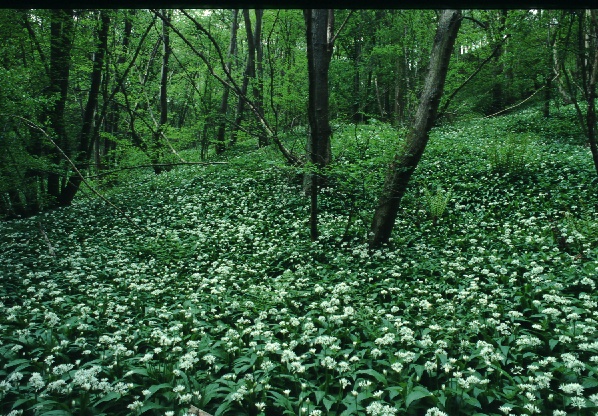 In the UK there has been increasing recognition of the unique cultural and ecological value of ancient and semi natural woodland (woodland that existed before 1600 ). There is a need to restore these woodlands when they have been dominated by non-native species such as conifers or left open to grazing. Creating 'buffer areas' and connecting ancient woodlands through new planting is seen as of critical importance in reducing overall loss of habitat. In the Forest of Bowland these 'corridors' of existing and new habitat might follow the rivers of the Hodder, Lune and Wyre where the Rivers Trusts are focussing woodland creation to also improve water quality, increase opportunities for migration of flora and fauna  and potentially reduce surface water flooding.

UK sourced timber has a role to play in supporting the rural economy and climate change mitigation. For example, building a house in timber instead of brick reduces carbon emissions by 10 tonnes of atmospheric carbon according to the Building Research Establishment.

Many foresters are now aware of the need for new woodland to respect topographical features and consider scale and proportion in the landscape rather than just operational necessity, however other issues may get overlooked such as landscape character, historic environment or the intangible but important spirit of place.

The main document and source of information with respect to woodland and forestry is the UK Forest Standard. This document is comprehensive and covers the range of issues in planning new woodland or managing existing woodland 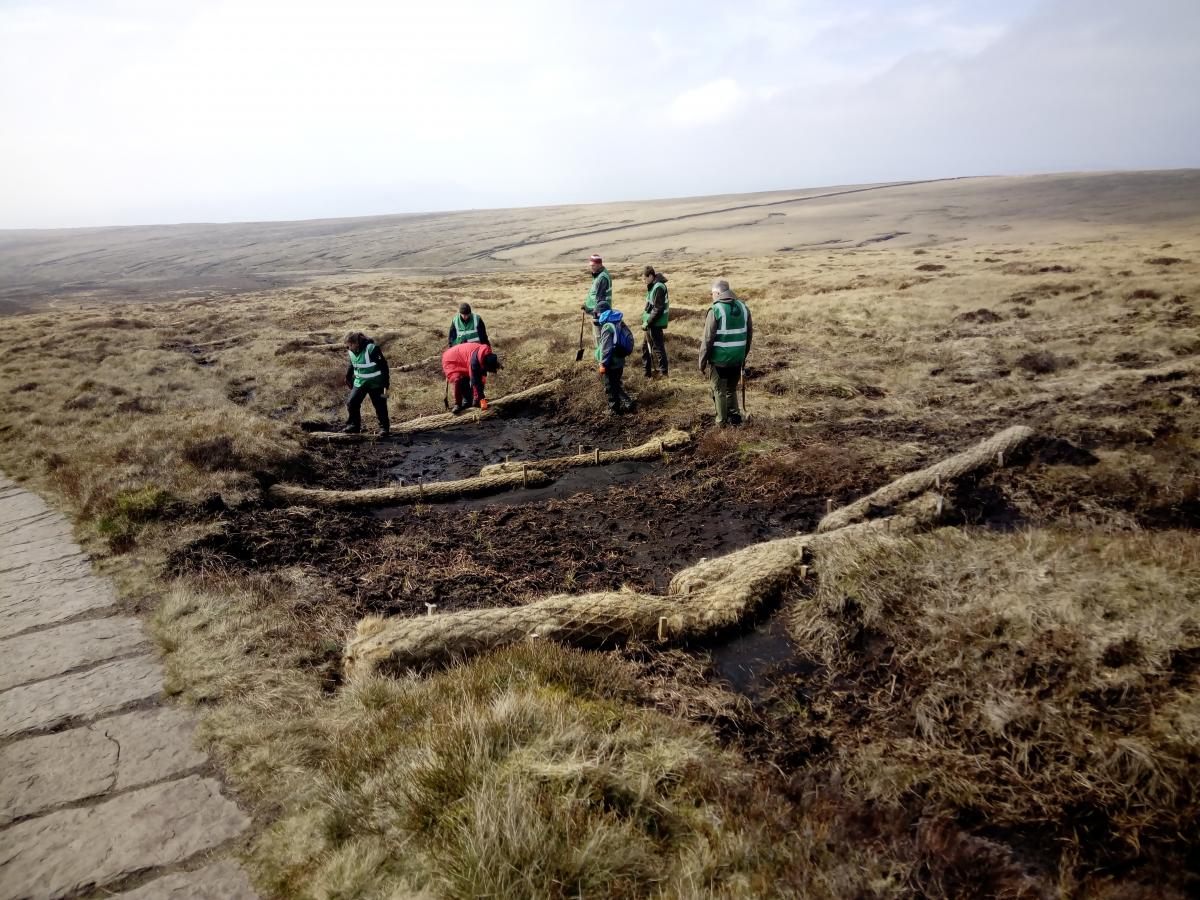 Much of the debate about woodland creation is around benefits in reducing greenhouse gases. The exact

relationship between the atmosphere and terrestrial habitats is complex and includes the critical role of soils and vegetation in storing carbon. For example, the leaf cover of a single open grown oak tree might be over twenty times the leaf coverage of an oak tree grown in a plantation. From this example, it can be seen that there are great benefits to woodland management allowing more light into the forest floor and also promoting trees grown outside of woodland in fields, copses and hedgerows.

The amount of carbon sequestered changes over time as trees mature and when trees are thinned. Some operations can be dramatic such as clear felling which can have an impact on soils and run-off. As a consequence, approaches such as Continuous Cover Forestry have been encouraged to mimic natural processes and have less of an environmental impact. Note this approach can be up against practical issues and the economy of scale of commercial forestry operations.

In reality, all habitats have a carbon balance that change over time. Our internationally-rare peat bogs, are the largest store of terrestrial carbon globally and saltmarshes, grasslands  and wetlands have significant roles to play in climate change mitigation. A recent paper by the University of Cambridge found that UK grasslands hold as much as 2 billion tonnes of carbon, a substantial store, and that less intensive management results in more carbon being stored.

The concept of rewilding that has captured the public imagination also has landscape implications ( cultural landscapes and rural economies) . Rewilding Britain has produced a report outlining the role that different habitats could play in climate change mitigation.

How woodland is created has come into critical re-evaluation in the context of plant diseases and species choice in a changing climate. The sourcing of tree stock has become critical. To ensure the quality of stock the woodland trust has launched an accreditation scheme; UK Sourced and Grown.

The use of tree tubes and plastics in woodland creation has also come under the spotlight alongside an interest in promoting natural regeneration ('rewilding') and encouraging grazing in open wood pasture. However, establishment without tree tubes has considerable challenges in terms of protection from grey squirrels and deer damage. 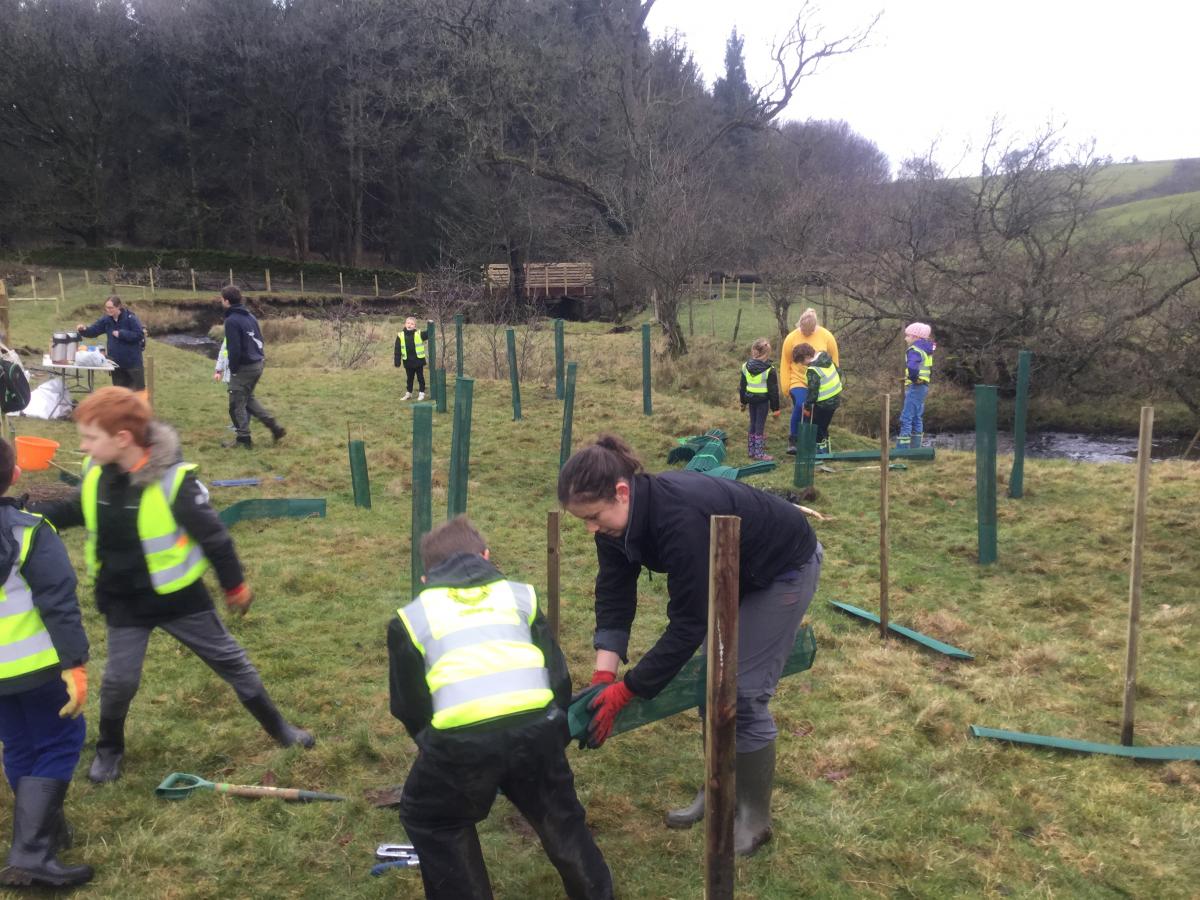 As well as climate change mitigation the roles of woodland in improving water quality and reducing surface water run-off is gaining evidence. The pioneering work in Pontbren with local farmers taking the lead has supplied some significant evidence. Observed data showed that soil infiltration rates were 67 times higher within woodland plots and shelterbelts planted on improved grassland compared with grazed pasture, which reduced run-off volumes by an average of 78% compared to control sites.

On a larger scale, the Catchment Based Approach working with the Rivers Trusts have seen woodland's potential in reducing diffuse pollution and creating shade on watercourses. Both the Forestry Commission ( Woodlands for Water ) and the Environment Agency ( Working with Natural Processes ) have sought to provide evidence, tools and mapping to assist in identifying opportunities for new woodland as part of natural flood management programmes. Here in Lancashire the Lancashire Woodland Connect programme has ambitious targets for woodland creation over the coming years.

Net Environmental Gain:  The concept of net environmental gain is useful when assessing the suitability of new planting sites.  Sites suitable for woodland planting from a landscape, historic and functional perspective also need to be assessed to ensure that the planting will not result in the loss or degradation of an existing habitat or mosaic of habitats. For example, since the 1950's we have lost 97% of our species rich grasslands in the UK, including pastures and meadows across the lowlands and the uplands. The remaining sites are often small and fragmented and are all vital for ensuring the resource survives and is able to expand. Woodland opportunity mapping can be very useful in highlighting where these are, but sites need to be ground truthed in order to ensure small patches of non-wooded habitat are retained and enhanced. 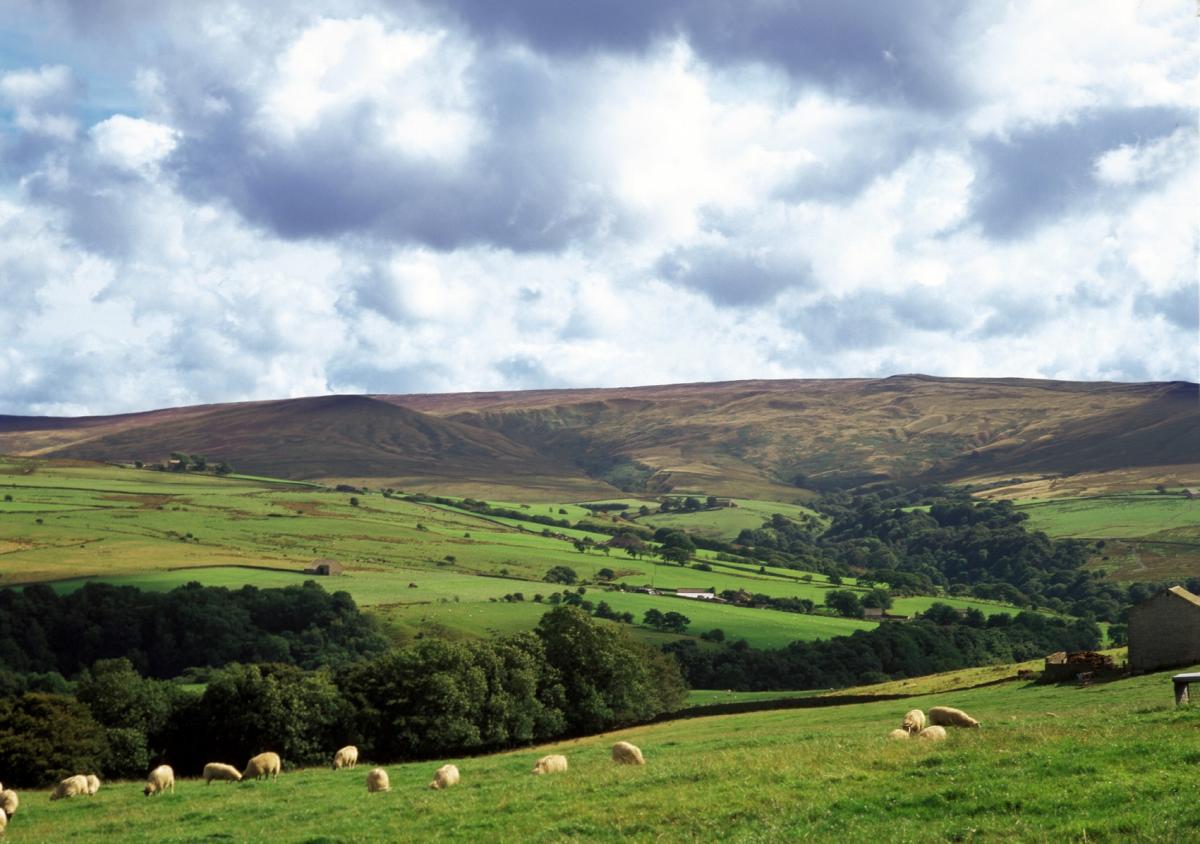 Changing incentives in agriculture: The reasons around the low uptake of woodland creation are partly ones of bureaucracy but equally they are ones of incentives and culture. Much land in public ownership has already been planted. To achieve the targets stated, Government will need to embrace landowners and farmers. Government policy has always worked on a voluntary principle i.e. not compulsion but incentives. The reform of agri-environmental support, in part, generated by the UK's departure from the EU will be an opportunity to remove disincentives to woodland creation and bring in a system of 'payments for public goods'. This may indeed kick start 'agroforestry' which has often been talked about but has yet to really take a hold in the culture of farming in this country. (Compare the UK with Scandinavia where landowners manage forestry as integral to the farm unit).

There has been significant debate about woodland and forestry in designated landscapes. The World Heritage Site Designation in the Lake District (over-simplified as upland sheep farming vs rewilding) has brought these issues to the fore. In England, the National Parks and the Forestry Commission have signed up to a new accord regarding the need to consider landscape and natural heritage (the right tree in the right place) which considers non-native woodland creation such as conifer plantations. Elsewhere other National Parks have created their own Forestry & Woodland Strategies that have used 'woodland opportunity mapping' at their core. In the Forest of Bowland we are working towards our own Woodland, Forest & Tree Strategy.

One area where there is general agreement on in the Bowland Fells SSSI is the creation of native 'clough' woodland in steep sided valleys where grazing is limited and off the moorland plateaux; home to ground nesting birds and raptors. Survey work needs to be undertaken to consider rare plant communities and the principles of Net Environmental Gain need to apply.

Ultimately, the debate in designated areas is also one that should be expected to happen in the wider landscape in the context of the European Landscape Convention.  The National Character Profiles produced by Natural England are a useful starting point to consider woodland in the context of landscape character in its broadest terms.