But where are the trees in the Forest of Bowland?

The origin of the word 'forest' is from the Latin forestis silva where silva ( as in 'silviculture' ) meant woodland and forestis meant 'outdoor' . Commonly these were extensive areas of rough land on which the king or major landowner had the right to keep deer for hunting. These areas were subject to Forest Law in order to preserve game. As the home to several such 'Forests' – it can be seen that the 'Forest of Bowland' is closer to this historic meaning of the word forest than many of the woodland and plantations that might commonly be perceived as forests today.

Our ancient and veteran trees are fundamental to the spirit of the Forest of Bowland. Britain is thought to have the greatest number of ancient trees in Northern Europe.

They are a vital part of the cultural story of Bowland many have a link back as far as the origins of the hunting forests of Bowland. Not only are they a vital link to the past but ecologically some of these open grown trees are home to bryophytes and lichens that exist nowhere else. Open grown oaks can have as much as twenty times the number of leaves than a woodland specimen absorbing significantly more carbon dioxide. Information on the number and distribution of individual veteran trees in the Forest of Bowland is sparse. Historic parklands probably support the most important numbers of veteran trees and their associated ecological interests. There are a number of issues facing ancient and veteran trees, which by their nature are old and show signs of decay. With care these trees will live for many years, but in the meantime the next generation need to be identified and managed appropriately. 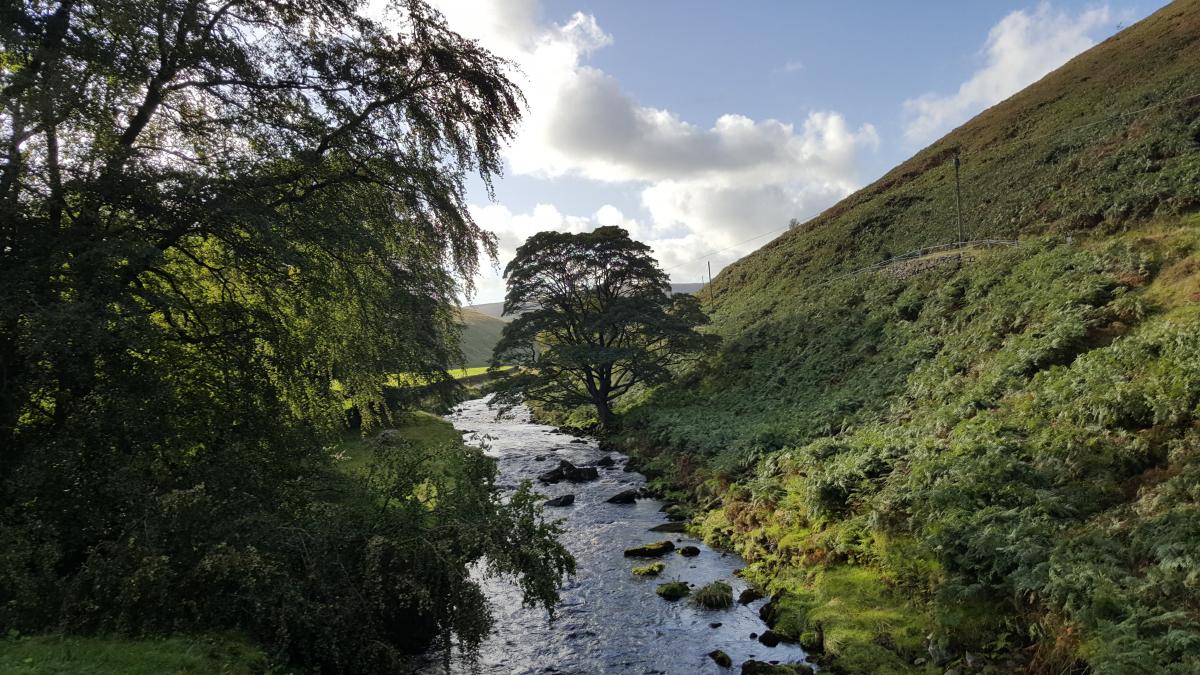 In the Forest of Bowland our ancient woodland is really important. These ancient woodland sites i.e. woodland that pre-date 1600 and the onset of plantation planting are of considerable importance for UK woodland conservation. The complex relationships between plants, fungi and insects developed over centuries are only now beginning to be understood. Ancient Semi Natural woodland are refuges of species they also retain characteristics of previous management and other traces of cultural history. Plantations on ancient woodland sites may have retained some features of ecological and cultural interest and provide valuable opportunities for restoration.