Have a look at our Leap in the Park interactive pages

In 2013 a group of volunteers led by professional archaeologist Nigel Neil and Ruth Thurnhill of Lancashire Gardens Trust carried out research and fieldwork to study the medieval deer parks at Leagram near Chipping, and Radholme near Whitewell; The research was supported by the AONB unit.  We are delighted to be able to publish the comprehensive final report (9mb) and appendices (5mb). The report is the result of detailed archival research and has significantly enhanced our understanding of the development and management of the parks in their heyday, and their ownership, enclosure and agricultural development following their disparkment in the sixteenth and seventeen centuries respectively. Your comments are most welcome; please contact cathy.hopley@lancashire.gov.uk.

Dr Graham Cooper has undertaken additional research on the authorisation, design and identification of salters (deer-leaps) in parks, using Leagram as a case study. Dr Bill Shannon had discovered a dispute map of Leagram deer-park, in the Duchy archives. The map was surveyed and made in 1608 by Roger Kenyon. The map shows sixteen salters, which is most unusual. In the medieval period, parks could only be populated with deer using either salters that trapped the king’s deer in a private park, or by royal gift of deer. Employing salters required a royal licence. By analysing the map, Graham and volunteer Frances Marginson have identified the locations of some of the salters in Leagram, and surveyed the sites. The work was broadened to encompass salters in parks throughout England and this report is the outcome of that wide-ranging study, as well as the detailed work on the Leagram map. It also addresses park pale fence designs. Graham’s report is available here

Graham Cooper has continued his work on the deer-parks of Bowland and under the aegis of Slaidburn Archive, has completed a report on Stephen Park in the modern Gisburn Forest, north-east of Slaidburn. Stephen Park was part of the holdings of the infamous Hamerton family until 1537 when Sir Stephen Hamerton was tried and executed for treason for his involvement in the Pilgrimage of Grace - a rebellion in the north largely against Henry VIII’s religious reforms, including the dissolution of the monasteries. The Crown took possession the extensive Hamerton lands. It is generally assumed, on very limited evidence, that Stephen Park was a medieval deer-park. Graham’s report presents the results of detailed documentary research and a field survey to determine if it was indeed a deer-park. Note that not all ‘parks’ were necessarily deer-parks, particularly in the north where the term was also used for cattle enclosures. The report also presents the early history of the Hammerton manor in Slaidburn and the environs of the Park in Gisburn Forest. The rise and demise of the Hamerton family is discussed in some detail.

The report is available here.

The Forestry Commission contributed to the expenses of the documentary research and field study.

In January 2013, the deer-park research programme was extended as ‘Leap in the Park’ and an extensive programme of work, largely focussing on community involvement, has recently been completed. The school resources are available here.

The Deer Parks in the AONB 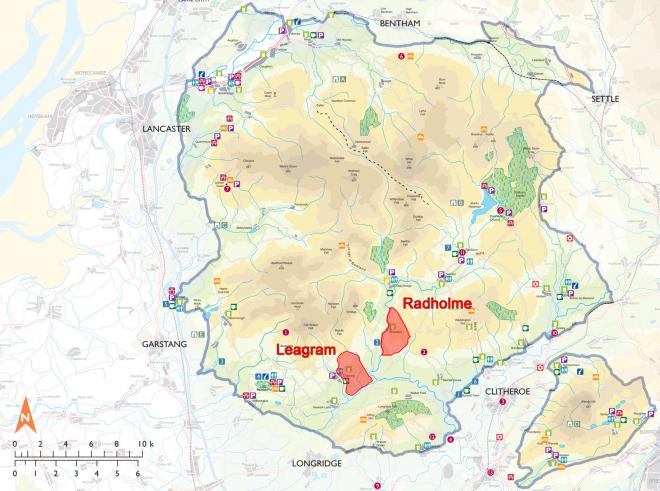 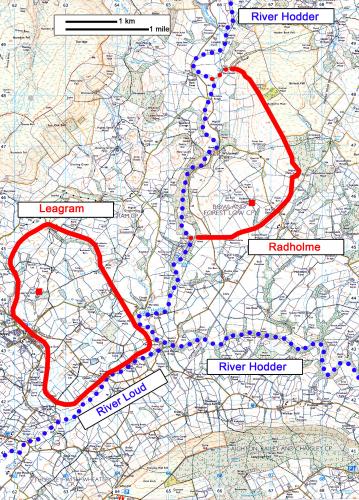 The research has made some exciting original discoveries – including the beautifully drawn and coloured 'dispute maps' of Leagram Park dating from c1600; and the existence in the modern landscape of off-set field boundaries which may possibly indicate the former existence of deer leaps along the pale.

Below are a few examples of the landscape, maps and documents included in the research: 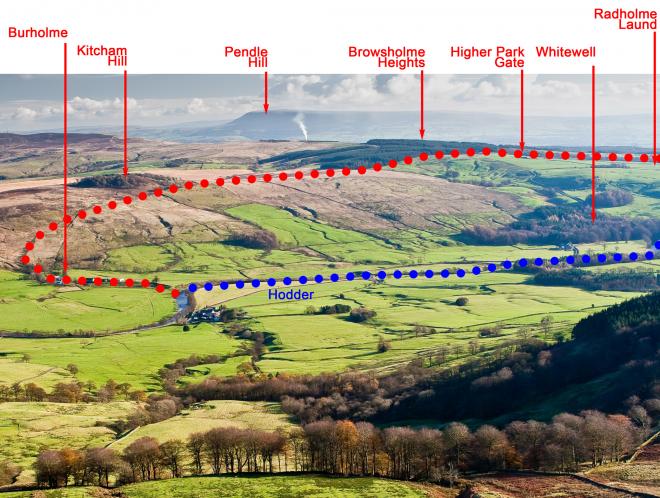 Line of the pale and possible deer leap at Kitcham Hill, Radholme 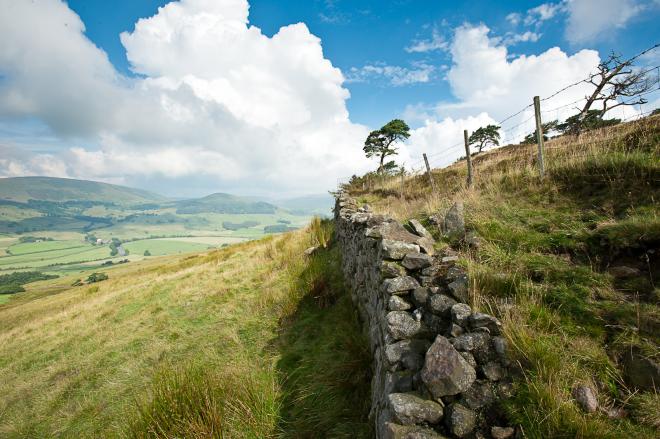 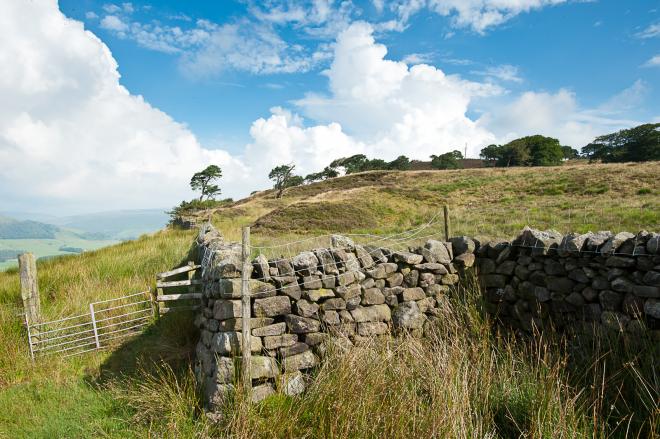 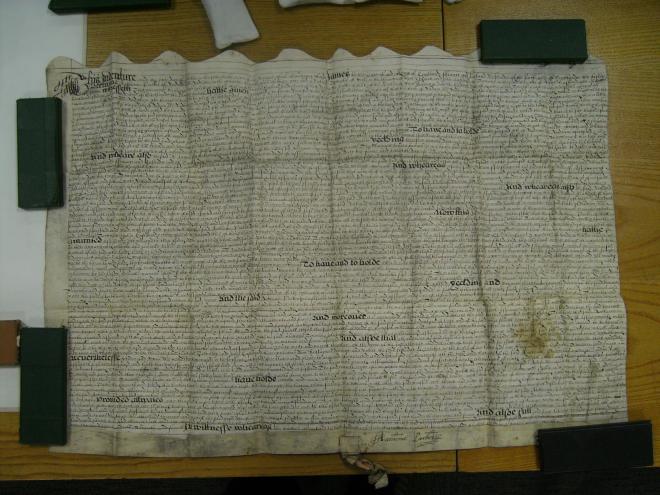 The Commonwealth survey of Radholme, 1651 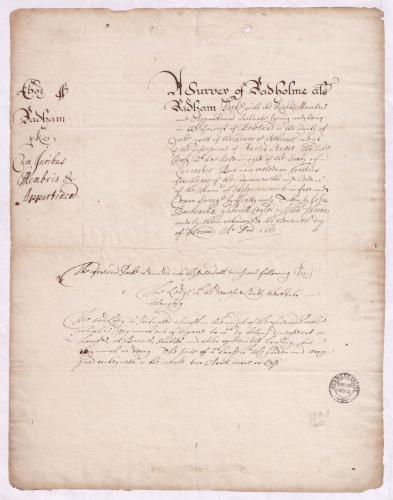 Map of Radholme by J Binns of Lancaster, dated 1835 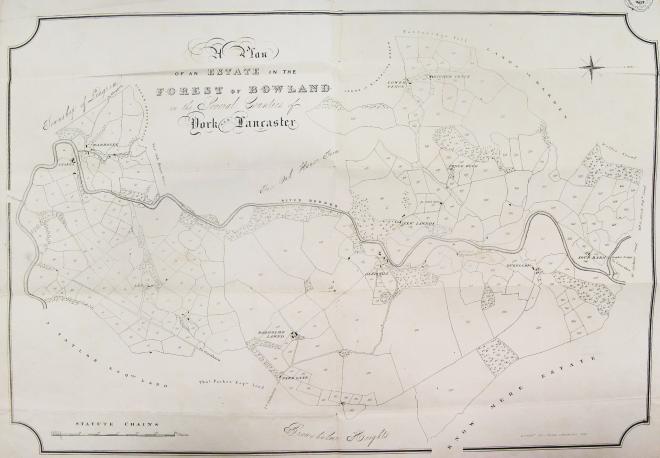 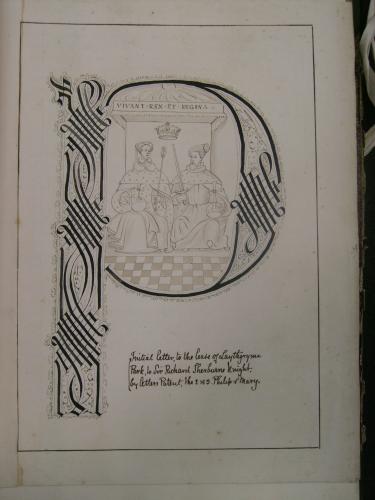 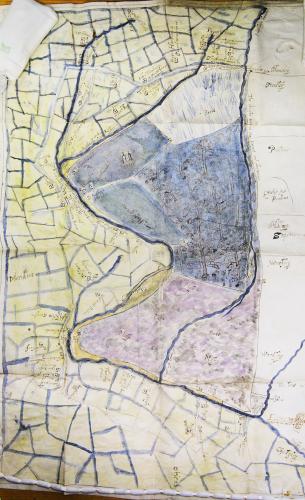 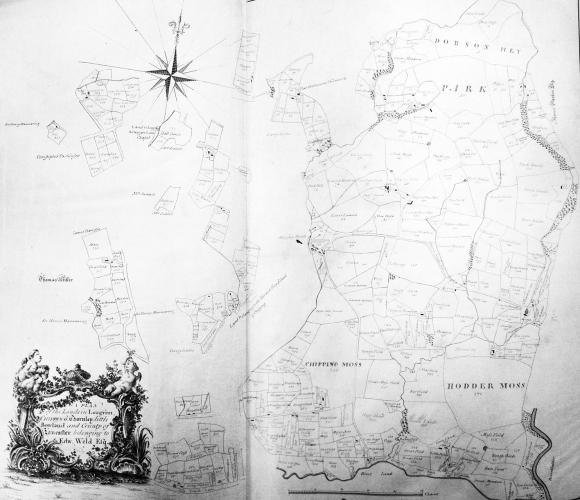 The pale boundary at Leagram today 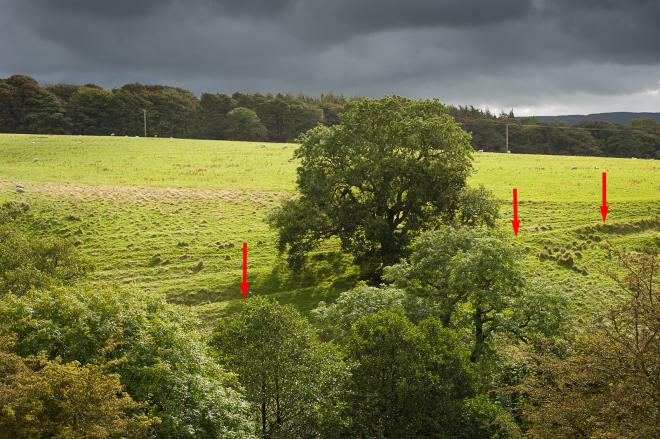 With special thanks to Graham Cooper, R Parker and the National and Lancashire Archives for providing the images.

Note: to view the specific reference, hover your mouse over an image.