A Leap in the Park Education Resources

In medieval England the Royal Forests were owned by the monarch and kept for their private hunting. In many of these forests, including what is now the Forest of Bowland Area of Outstanding Natural Beauty, fallow deer were kept for hunting in a 'deer park' which was enclosed by a ditch and/or fence, called a 'pale'. These forest deer parks, and those of the gentry elsewhere, varied greatly in size from as little as 10 to over 1000 hectares.
Because of their long existence - several hundreds of years – they helped to shape the surrounding road network and settlement patterns and their boundaries can often still be traced today in our modern landscape.

Research in the Forest of Bowland has been looking at two known deer parks at Radholme and Leagram, which existed between the fourteenth and seventeenth centuries. The research has been focussed on finding out more about the establishment and management of the parks, when they were disparked, and what has happened to them since.

The curriculum information below has been designed to be used for KS2 pupils as part of the History topic 'Tudor Times'. It focuses on a real historical character, Edward Stanley, who was park keeper of both Leagram and Radholme deer parks in the Royal Forest of Bowland between 1487 and 1523, and a soldier for both Henry VII and Henry VIII. A fictional scenario has been developed around Stanley and Henry VIII – helping you to bring the deer parks of Bowland to life!
The curriculum web below was developed for the AONB by Glynis Goldsbrough.

Design and make a seal (pdf) from Lancashire Archives

Learning Beyond the Classroom 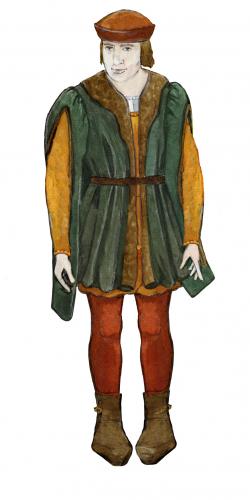 Composition
Opportunities for exploring the sounds of the Bowland Forest- rustling leaves, undergrowth, wind through the trees and grassland, rutting deer etc. or Bowland habitats (view slideshows with audio)