It's been a busy few months for the Bowland Revealed arts programme! The six community workshops delivered by professional artists, and managed by Green Close Studios, attracted 60 people between September and the end of November. And with everything from environmental art and design to ceramics on offer, keen participants were spoilt for choice. Green Close's 50 Years in the Making strand also ran a successful schools project. Again working with professional artists, the schools each focused on one of the five decades between 1964 and 2014 producing a wide range of work from 3-D sculpture to photography. The sessions culminated in a three day exhibition held at the Platform Gallery in Clitheroe. Visual artists, makers and designers within and around the Forest of Bowland have their own showcase soon, in an exhibition entitled, Creativity within the Beauty, which will run at Clitheroe's Platform Gallery from 24th January – 11th April 2015 and at the Artroom Gallery in Garstang from 29th January – 12th May.

Mid Pennine Arts have been managing the Landmarks strand of Bowland Revealed – four contemporary sculptures sited at popular spots around Bowland. We were really excited that the BBC filmed the artworks and featured them on their Countryfile progamme on 30th November and we're hoping to put a link to the programme on the website before too long. Do keep an eye out for it! The four pieces were all intended to be temporary and their construction and installation were designed with this in mind. "Beauty" at Beacon Fell Country Park and "Out-take" at Langden Intake have now been removed, however, the pieces at Jeffrey Hill and Gisburn Forest – "Sun Catcher" and "Celeste", are actually suitable for a longer viewing period and the opportunity for an extended stay is being investigated at the moment.

2015 will focus on Explore and Engage; a series of projects encouraging communities in and around Bowland to get involved and get creative! 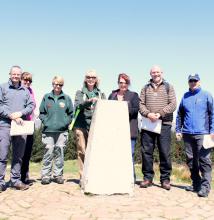 Would you like to explore beautiful landscapes and discover intriguing heritage; look for fantastic wildlife and enjoy great family fun; learn a new skill and find some hidden gems? Then look no further than Festival Bowland 2015 – coming soon!

From winter tree ID at Spring Wood and an early morning bird walk near Clitheroe to scything in Slaidburn and green woodcraft in Wyre, the choice is yours. There are plenty of events suitable for children too so, if you're searching for fun things to do as a family, do take a look at what's on offer.

As a change from our usual Festival Bowland brochure, this year we'll be including the events programme within the new Discover Bowland 2015 guide, so you'll have lots of great Bowland information in one publication!  Of course, you'll also be able to download the programme from the website too – www.forestofbowland.com

Thanks in advance to all our event leaders and hope to see you in 2015! 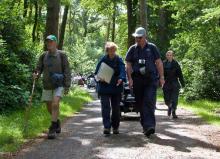 We are delighted to be launching the 2015 Discovery & Festival Bowland guide on 11th February at the Gibbon Bridge Hotel, 10am to 11am. The guide is packed with information to entice visitors, and has been supported through business advertising by Bowland Experience businesses, so a big thank you to them. If you would like to come along to the launch on 11th Feb please email hetty.byrne@lancashire.gov.uk

If you can't make the launch but would like stocks of the guide, please also get in touch. They will also be available to order after this date from Take One Media.

As part of the launch of the new Discovery & Festival Bowland guide we will be giving a preview of the new AONB website. The new website has been made compatible for mobile devices, incorporates a fresher design and simpler navigation, and includes some new features such as 'photo of the week'. Keep your eye out for the new site in early February! www.forestofbowland.com

We've also been working with Marketing Lancashire to develop a Bowland visitor destination guide (including both Yorkshire and Lancashire businesses) to promote the area and the businesses. It doesn't replace www.forestofbowland.com but it's a useful additional web presence, and utilises the high levels of visitors to Visit Lancashire www.visitlancashire.com/explore/forest-of-bowland-aonb

If you're not currently listed, or want to modify your business listing please get in touch hetty.byrne@lancashire.gov.uk 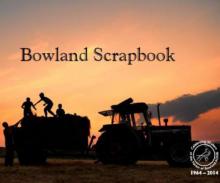 The Bowland Anniversary Scrapbook was published in time for our gala dinner on 1st November. It has been very well received and was given out to all contributors and volunteers involved in the six month project. Surplus copies were also made available for sale and have raised in excess of £500 for Champion Bowland: much of this going directly back into the project. If you've not managed to get hold of a copy they are sadly no longer available for sale, but you can view copies at Clitheroe library, Slaidburn Archive or the AONB Offices. There is also an electronic copy available to view online here

We will also be uploading audio files to this site from interviews with some of the people we met during the project. Big thanks go to the project researcher Sue Holden and her band of volunteers, to everyone who contributed stories and photos, to Osprey for the fantastic publication, and to Heritage Lottery Fund for enabling Champion Bowland to deliver such an enjoyable and educational project. 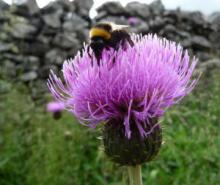 In November the AONB Sustainable Development Fund grants panel met for the second time this year to allocate funds to a number of schemes. A full list of projects can be viewed here.

We hope to have the grant scheme open to applications again in the Spring so if you have a project in mind please do get in touch to discuss it and we can help you to develop your ideas further. Contact cathy.hopley@lancashire.gov.uk or call 01200 448000.

The fund supports projects which deliver against the three objectives of sustainable development: the environment, the economy and the community. Although projects do not have to tackle all three objectives there should be a balance of at least two elements. So, for example, whilst we often support village hall refurbishment projects we can only grant aid those elements which directly improve the environment or reduce costs (eg insulation) whilst also helping the community. Have a look at the website to see the range of work we have supported over the last ten years of SDF!

During the AONB's 50th Anniversary year, Champion Bowland raised nearly £1000 from the raffle, events and donations. The Trustees have decided to offer this money as a one- off grant: the Bowland Jubilee Award.

They are looking for a single project that will: 1. Conserve or enhance the area's outstanding landscape 2. Create a project that has a lasting impact 3. Involve the local community, especially young people

Community groups, environmental organisations, volunteers and youth groups are all invited to apply by the deadline of 10th February using an application form which can be downloaded here. So, get your thinking caps on and apply now so you are in with a chance of winning! 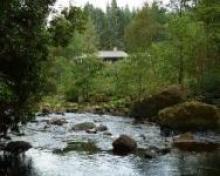 Mike Pugh left the AONB team in November for his well-earned retirement. On behalf of the partnership and Bowland Experience members we wish him all the best, and thank him for the fantastic work he delivered in Bowland, especially in co-ordinating the BEx network, he will certainly be missed!

Finally, very well done to Roeburnscar Holiday Cottage, Wray, who were recently awarded Gold from the Green Tourism Scheme. Have a look at some of the great initiatives they have implemented www.roeburnscarholidaycottage.co.uk 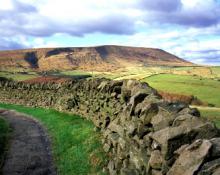 As mentioned in our last e-bulletin, the AONB Unit is developing a major bid in the Pendle Hill area to the Heritage Lottery Fund's Landscape Partnership Scheme. This is for a project which now has an official vision: "Pendle Hill is a landmark of Pennine Lancashire, and this iconic massif will become a focus for bringing town and country people together to understand, restore and celebrate the distinctive landscape and heritage of this much loved and inspiring place."

We are now busy developing our 15 projects and also setting up a Partnership Board which will guide and support the development and delivery of project plans. The bid will be submitted at the end of May and then we have to wait until October to find out if we have been awarded a stage 1 pass. If we are successful we then start a development phase which could run from January 2016 for 12-18 months, followed by the four year £2m delivery phase which will begin by 2018.

If you'd like to get involved in planning this programme, or keep in touch with our plans, please contact cathy.hopley@lancashire.gov.uk 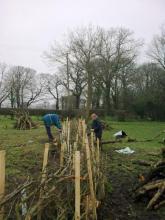 Want to learn a new rural skill or improve your existing skills? Then join us for hedge laying training in the Lancashire & Westmorland Style, with expert tuition provided by Joe Craig and Geoff Whitley. Prizes for the most improved teams and all tools will be provided.

For more information or to book a place contact Tarja Wilson on 01200 448000 tarja.wilson@lancashire.gov.uk

The Forest of Bowland AONB - a place to enjoy and keep special!

The Forest of Bowland Area of Outstanding Natural Beauty (AONB) is a nationally protected landscape and is international important for its heather moorland, blanket bog and rare birds. The AONB is managed by a partnership of landowners, farmers, voluntary organisations, wildlife groups, recreation groups, local councils and government agencies, who work to protect, conserve and enhance the natural and cultural heritage of this special area. For more information visit www.forestofbowland.com