The World Premiere of The Music of the Forest: Bowland Song Cycle

The Music of the Forest, a four-part song cycle was commissioned by William, 16th Lord of Bowland in 2015. The work by acclaimed Lakeland composer Christopher Gibbs had its world premiere in Slaidburn on 15 June 2017. It was performed by the Renaissance Singers of Blackburn Cathedral under the baton of Samuel Hudson with guest instrumentalist John Kenny on the Deskford carnyx. 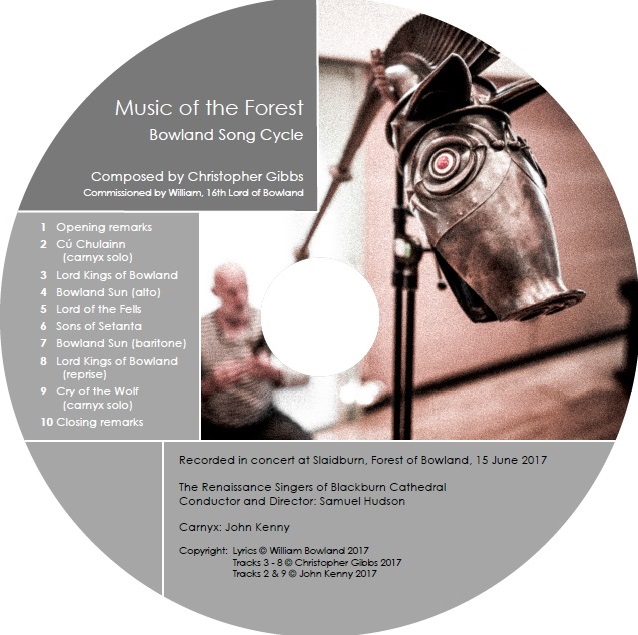 Back to the Lordship of Bowland page