The Forest of Bowland is the home to some of the UK’s rare and threatened plant species. Several plant species recovery projects are being developed as part of the AONB’s Biodiversity Working Group’s annual delivery plan.

Many thanks go to the Lancashire Botany Group for their ongoing work in monitoring the sites where these species are found, and without whom these projects would not be possible. 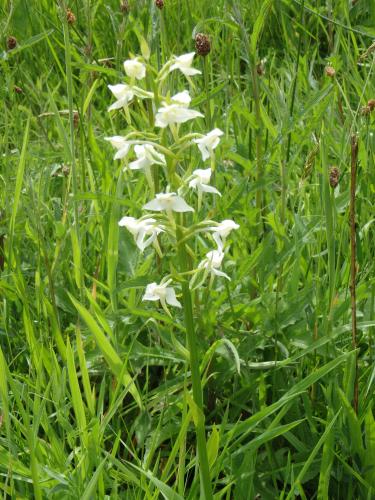 A beautiful greeny-white orchid of unimproved pasture, the Greater Butterfly Orchid is now only found at one known location within the AONB. The population seems to be stable, but with less than 20 plants flowering each year, it is a species we are keen to help if possible. Annual monitoring has shown that the plants are being damaged by deer browsing. In 2013, none of the flower spikes counted in June were found a month later. In the summer of 2014 11 flower spikes were protected by guards which were then removed later in the summer when the seed heads were ripe.  It is hoped that this will encourage natural regeneration on site from seed. Four of the seed heads were collected, along with samples of soil from the site, and these have been sent to a specialist nursery with the hope of some seedlings being propagated. 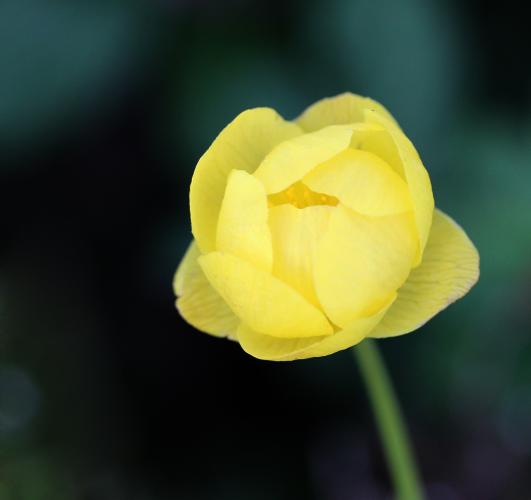 Once abundant in Bowland, the globeflower is found at just a few sites within the AONB, a spectacular species of limey damp patches within grasslands. In 2014, seed was collected from the site where it is most abundant, propagated, and seedlings planted out later in 2015 at pre-selected receptor sites where the correct conditions are now in place.

In 2018 -2019 the Hay Time Rescue project facilitated the propagation of nearly 800 globeflower seedlings from local sustainably sourced seed. These were planted out at carefully chosen sites across the AONB, with early signs of growing back successfully this year. 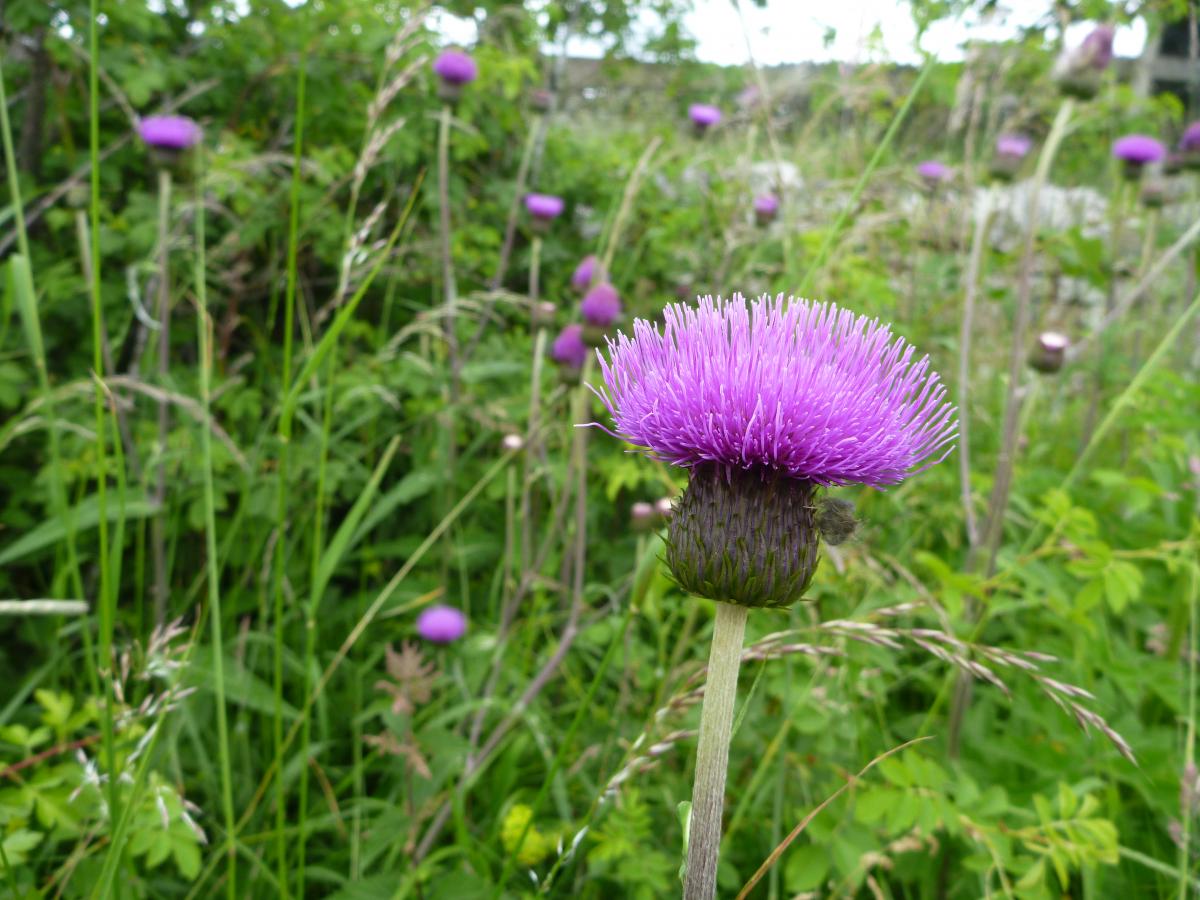 Another declining northern uplands species, melancholy thistle, is now only found in some sensitively managed roadside verges, open woodland, stream banks and un-cut corners of hay meadows. Growing up to 1.2m high, with its usually solitary, thistle-like flower heads, they are quite distinct in the countryside. Its common name is said to derive from historic use to treat 'melancholia', or it could be the drooping heads as it goes over to seed.

Under the 2018 – 2019 Hay Time Rescue project more than 200 plug plants have been planted out to bolster the populations within the AONB, all grown from local seed or root cuttings. 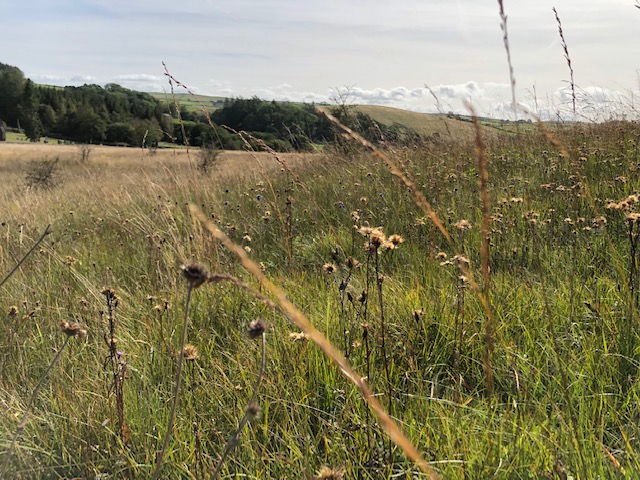 Saw-wort is a nationally scarce species, usually found on damp soils in unimproved hay meadows and along woodland edges, particularly on chalky soils. It is a member of the daisy family with a thistle-like flower head, and serrated leaves (hence the name).

Plug plants were grown by volunteers and Kew Millennium seed bank for the 2018 – 2019 Hay Time Rescue project, and sited in suitable locations around the AONB. It is hoped that these additional sites will take hold and help increase the local population. 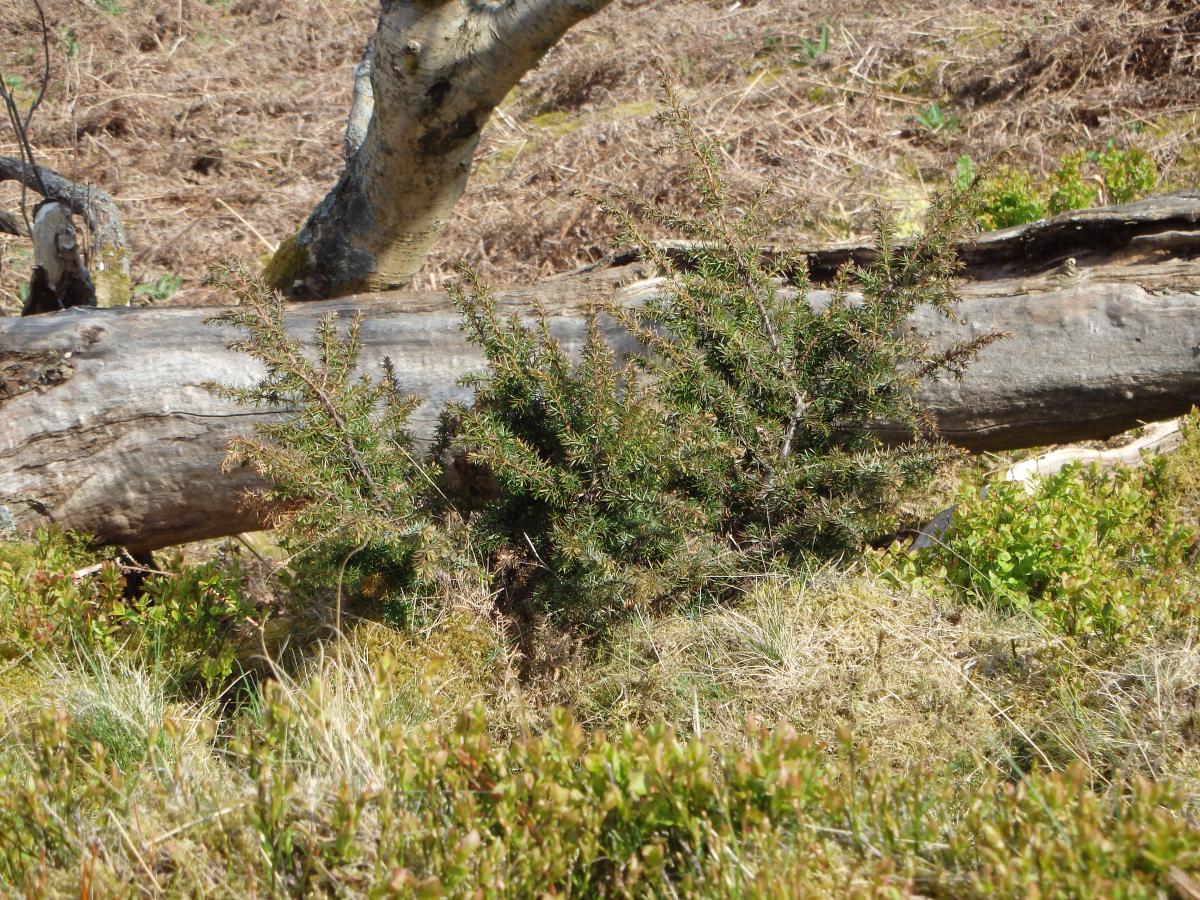 A native moorland shrub loved by gin fans everywhere, Juniper in Bowland is restricted to just a few sites in the northern fells on the AONB. Just three colonies are known to be producing seed, but none of these appear to be producing new seedlings, so the existing populations are aging. Our plan is to survey these sites, collect some ripe seed to see if we can propagate new plants and also look at improving conditions to encourage seedling establishment at each of the sites. 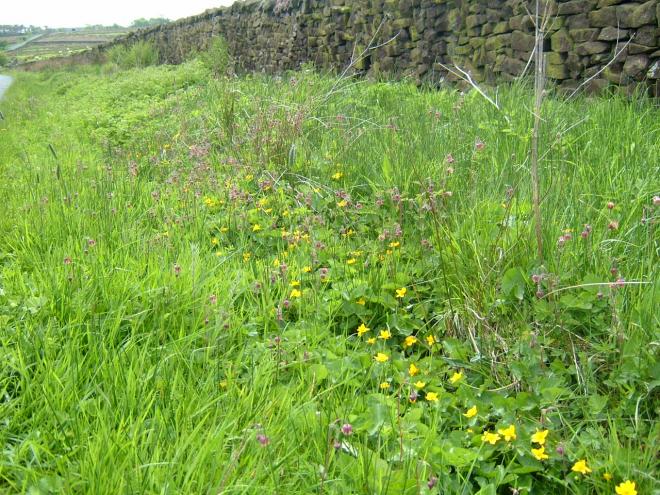 The various habitats of Bowland support their own unique families of wildflowers. Some roadside verges retain much greater variety than the fields and meadows that they border. This is due to the intensification of agriculture after the second world war that lead to land drainage and improvement on a massive scale by the use of artificial fertiliser. This lead to increased production at the expense of biodiversity.

Annual species should be left to set and distribute seed before being cut down and the debris removed. Other species may need additional measures. 'Special verges' are designated by Lancashire County Council and Craven District Council.

Special verges are marked with a triangle containing the letters 'SI' drawn on the road; one triangle at the start and one at the end with arrows to indicate the direction. These markings are for the use of verge cutting contractors. Some of these Special Verges are also designated as Biological Heritage Sites (also know as BHS).