The Lancashire Peat Partnership (LPP) was set up in 2009 to co-ordinate peatland restoration projects within the uplands of the Lancashire sub-region and border areas.  It is intended that through this co-ordination work, partners would be able to avoid duplication of effort and maximise resources.

The current priorities are:

The Priority Peat work in Bowland and the West Pennine Moors catalogues the restoration work already completed and the areas still to be restored. Both reports can be downloaded from this page (see below). 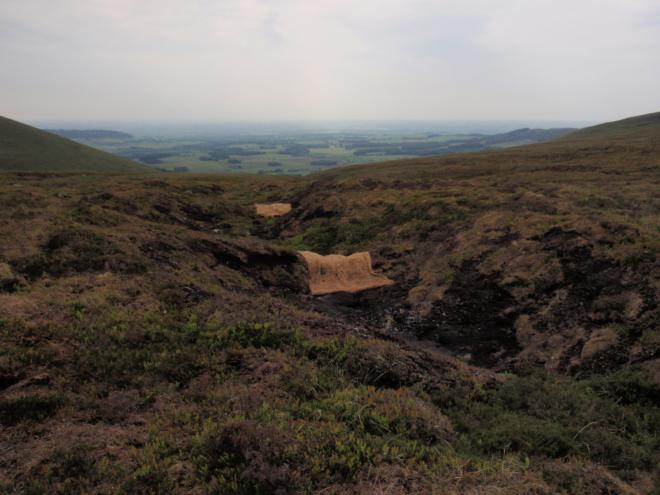 Nine key sites across Bowland and Rossendale have been selected to be included in an £8mill project application to the EU LIFE programme, which funds biodiversity projects across Europe.
The overall aim of the Pennine Peat LIFE project is to demonstrate techniques to reactivate and maintain 2868ha of peat-forming blanket mire in badly eroded systems at a landscape scale across several climatic, geographical and pollution gradients in the Pennines of northern England to halt further loss of the carbon store, to convert degraded mires from carbon sources to carbon sinks and to increase the resilience of Pennine blanket mires to long-term climate change.

This will be achieved by:

The project is a collaboration between the Yorkshire Peat Partnership, the North Pennines AONB, Durham County Council, the Forest of Bowland AONB, Lancashire County Council, the Environment Agency, United Utilities, Yorkshire Water & Northumberland Water. The bid was submitted in October 2014, and it is likely that a decision will be made in March 2015.

Despite scoring well and passing all the criteria, the LIFE+ bid did not 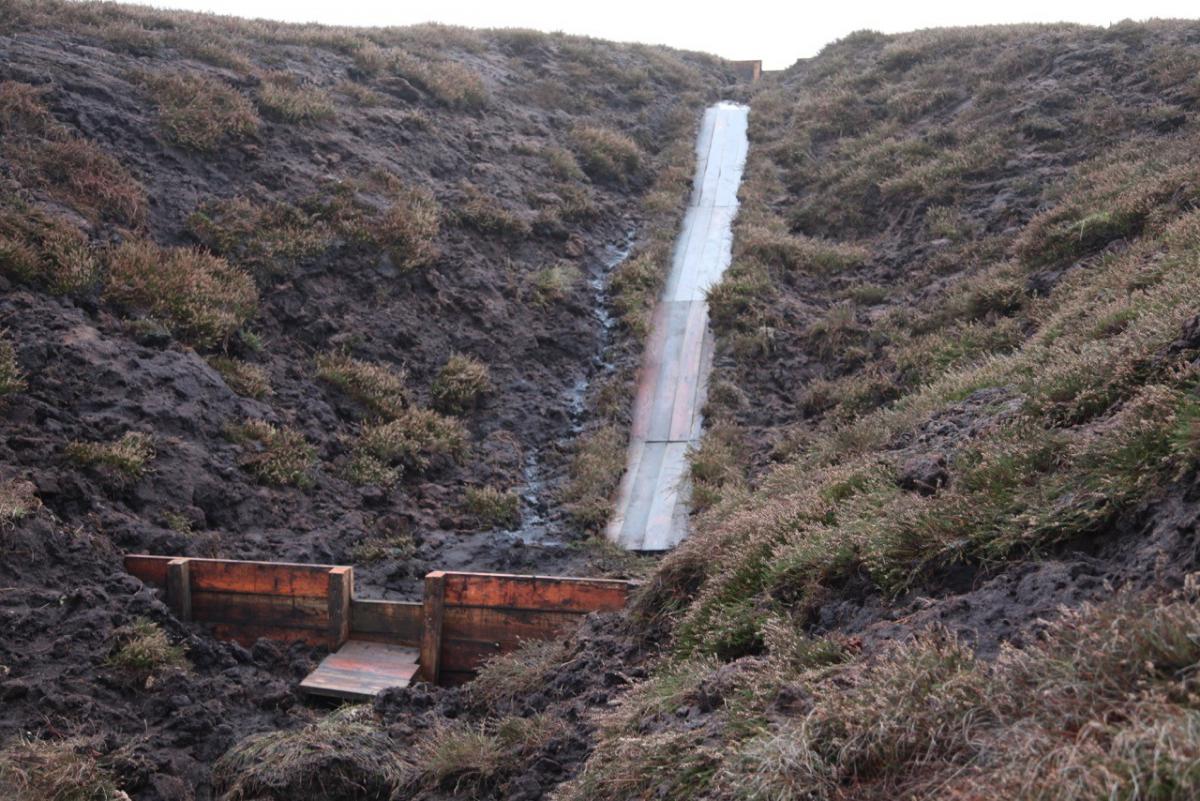 secure its funding during the summer of 2015. However, the assessment team sent the bid team some very detailed feedback about how to improve the chances of the bid receiving funding in the next round, and so a revised bid was submitted in October. We will know its outcome next summer.

In the meantime, restoration work has been continuing across Lancashire. HLS has funded work on Hawthornthwaite and Mallowdale in Bowland, and on Anglezarke in the West Pennine Moors, as shown in this photo. The huge fall on the end of this grip led the contractors to develop this novel way of protecting the edge of the peat from erosion.

Following on from the LIFE bid update below, we had the dissapointing news that the re-submitted bid of late 2015 was refused funding during the summer of 2016. However, the decision was made to try one last time, and currently we await the final decision, which is due in March 2017. 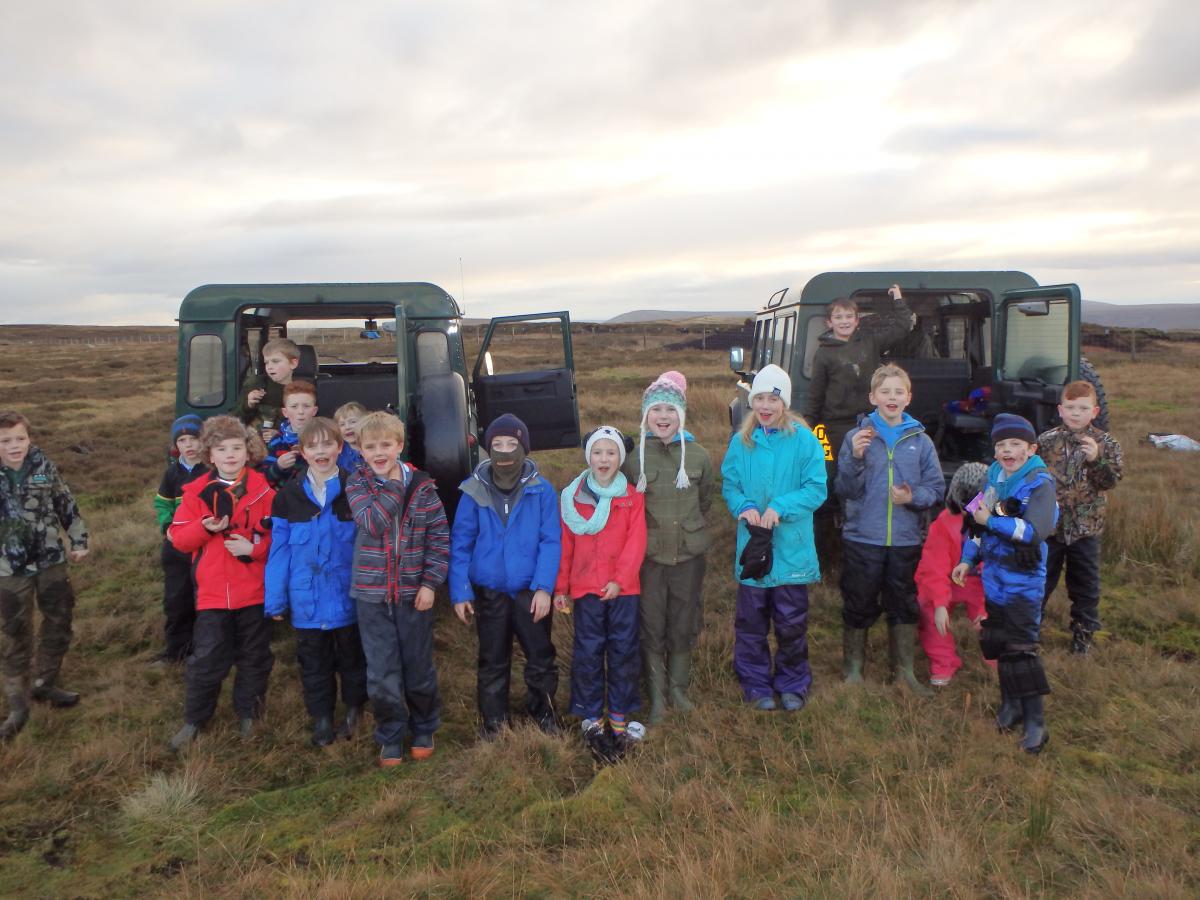 However, in the meantime the LPP partners have been busy on the ground, with restoration projects in the West Pennine Moors and the Forest of Bowland being completed within the 2015-6 winter season. In the West Pennine Moors work on UU owned land has completed the Spitlers Edge flag path, as well as completing some grip blocking on Wheelton Moor. In the Forest of Bowland, revegetation work was undertaken within the Bowland Fell SSSI at Brown Syke, an area of reprofiled bare peat within the Abbeystead Estate. The work was topped off by a visit from the junior pupils from Abbeystead school, who spent an afternoon plug planting and sphagnum seeding within the project area, as well as learning about how the restoration work will have a direct impact on the stream which passes many of their homes.

During the summer of 2017, we had the exciting news that the third submission of the Pennine PeatLIFE bid has been successful! For Bowland this means that a further five sites within the Bowland Fells SSSI will now have restoration work funded via this collaborative project. Work has now begun with drone flights producing detailed maps of the project sites and restoration plans being drawn up by the Project Officer Chris Miller and the site owners. To find out all the latest news on this exciting project, you can visit the project website her

In addition the funding news we had about Pennine PeatLIFE, during December of 2017 Defra put out a call for upland and lowland peat restoration projects which would help to mitigate the effects of climate change. The AONB team were keen to be involved and so joined a large partnership to put a bid into the fund. This was successful, and we are now also part of the Northern Peatland Project, with five sites scheduled for restoration over the next three years. The timescales are tight, and there is alot to do, but we are really pleased that we continue to be able to work with partners and moor owners to restore these valuable and valued habitats.