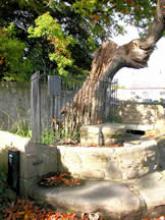 Caton lies amidst woodland and farmland in the beautiful Lune Valley. First recorded in the Domesday book, the village is thought to stem from the name of Kati (Old Norse) or C(e)atta (Old English), probably the name of an early settler with local influence. The Romans were present here, as is evidenced by the discovery of a Roman milestone in Artle Beck. In more recent times, the village grew to support several cotton mills following the industrial revolution, for example, Low Mill off Mill Lane. Whilst in the area, it is worth visiting the church in nearby Brookhouse, with a doorway dated to the twelfth century and a sixteenth century tower.