Geology of the Forest of Bowland

The Forest of Bowland’s geology - its topography and landscape history 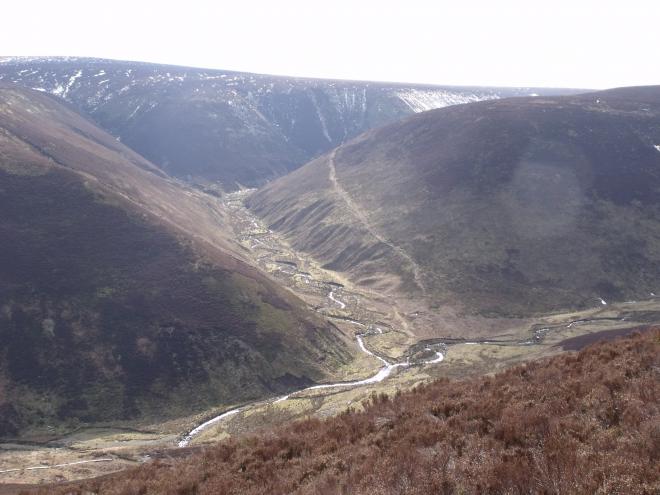 The geology of the Forest of Bowland has followed a complex and chequered history involving a series of major events throughout the past 340 million years. The latter has included periods when deep seas covered the area, as well as shallow tropical lagoons - with coral reefs, in addition to large deltas and swamps and finally glaciers and large sheets of ice. Such events throughout geological time created the diverse range of sedimentary rocks that can be found throughout the area today. Collectively these are known as the “Bowland Series” consisting of millstone grits, sandstones, limestones and shales, as described in further detail below.

These were’ laid’ down as deposits in various formations over time before being uplifted by numerous earth movements and then scoured and ground down by large ice sheets and glaciers during the last Ice Age. The resulting boulder clays were left behind as superficial ‘drift’ deposits over large areas as the ice sheets and glaciers retreated towards the end of the last ice age. As the climate ameliorated and became much warmer and wetter, large deposits of peat then began to form on the tops of the Fells, whilst fast flowing rivers, running off the fells, continued to erode underlying deposits of rock and bring down vast quantities of sediment from the hills to form alluvial soils in the valley bottoms, a process which still continues. Such processes helped to create the landscape of the Forest of Bowland that we cherish today.

The sedimentary rock formations that are present throughout the Forest of Bowland were laid down during the Carboniferous period some 340 million years ago. Their formations consist of inter-bedded limestones, shales and sandstones which were laid down beneath water of a vast ocean before being raised up by earth movements some million years later. The most resistant of these, the Millstone Grits, form higher areas of ground on the Bowland Fells.

The oldest of these form the Dinantian series and consist of basal conglomerates, which may be found in the far north east of the county, just outside the Forest of Bowland. These underlay carboniferous ‘Great Scar’ limestones which were deposited in shallow tropical seas in the northern most parts of the Forest of Bowland, whilst inter-bedded limestones, sandstones, calcareous shales and reef forming limestones were deposited during the same period of time in layers further south throughout the current day areas of Forest of Bowland and  Ribble valley. Today the latter form the isolated rounded hills and rocky knolls around Clitheroe, whilst the Great Scar limsetones may be found around Morecambe Bay and in the Ribble Valley near Clitheroe, where they are quarried for rock as hardcore material or cement manufacture. 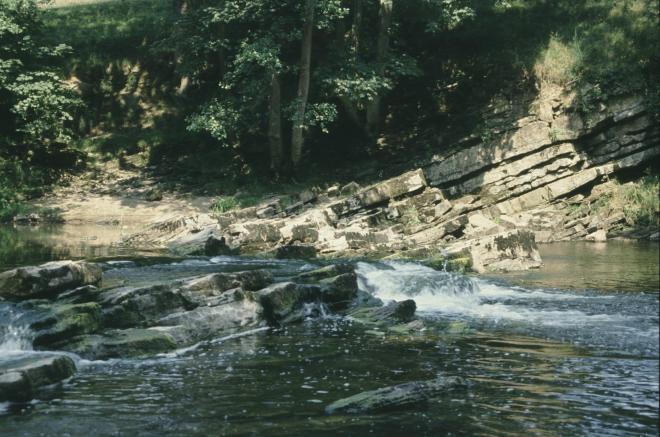 Millstone grits from the Namurian series were then deposited in the present day area of the Ribble valley and also in a slowly subsiding delta to the north, now the Forest of Bowland, whose rocks were subsequently uplifted to form the Bowland fells during more recent times. Today such rocks outcrop in Bowland form the high water gathering grounds of the area. Different sequences of rocks were laid according to the physical conditions of the day. In Bowland alternating beds of limestones, sandstones and shales predominate.

During glacial and inter-glacial times of the Last Ice Age drift deposits from both the Pleistocene and Holocene (or recent) periods, consisting largely of unconsolidated clays, sands and gravels, were left by retreating glaciers and ice sheets as the climate ameliorated. These deposits are spread across the area on the Bowland Fringe as hummocky ground. More recently deep peat has formed on the Fells of the Forest of Bowland giving rise to areas of ‘blanket’ bog, as mosses and other peat forming plants thrived in the prevailing damp south westerly winds and climatic conditions of the time. Streams and rivers, whose drainage patterns were changed by glaciers and ice sheets during the last Ice Age also continued to transport large amounts of sediment, including sand and silt, from upland areas during flood spate conditions. This process continues today.

Underlying Solid Geology of the Forest of Bowland 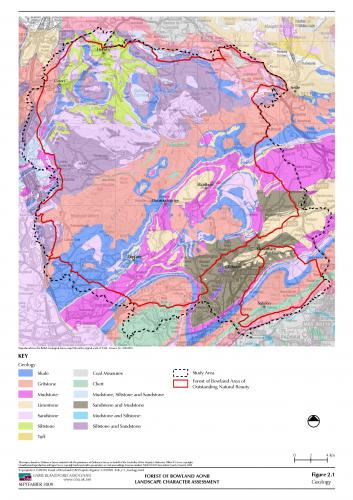