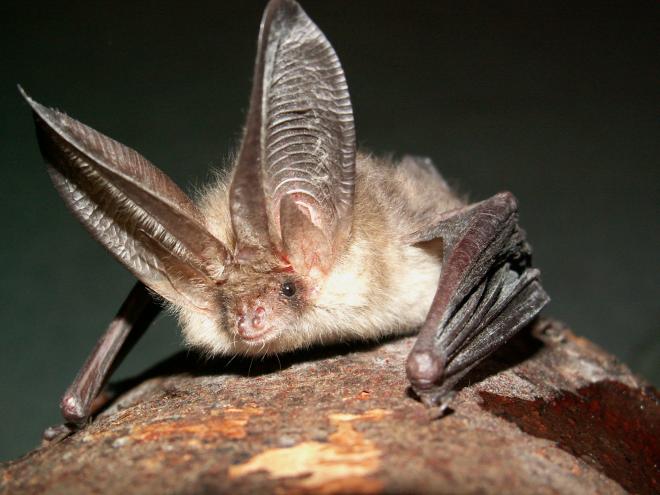 Eight species of bat are resident in Lancashire. These include: Brown long-eared; whiskered; Brandt's, Natterer's, Daubenton's and Noctule bats. In addition, the Pipistrelle, which was formerly thought to be a single species, is now recognised to be two: the 'common pipistrelle', (Pipistrellus pipistrellus) and the 'soprano pipistrelle' (Pipistrellus pygmaeus). In the autumn adult bats begin to mate. This activity can continue throughout the winter period and into early spring. During the winter bats hibernate in a cool place where they go into a state of 'torpor' to save energy by reducing heart and breathing rates and body temperature. Adult females congregate to form nursery colonies in late spring. These colonies can include several hundred animals that move regularly during the summer (e.g. Pipistrelles), or smaller numbers that remain at one site (e.g. Brown long-eared bats and others). Roosts at this time may be in buildings (especially houses), bridges, or trees. Males often roost separately but nearby, as individuals or in small groups. 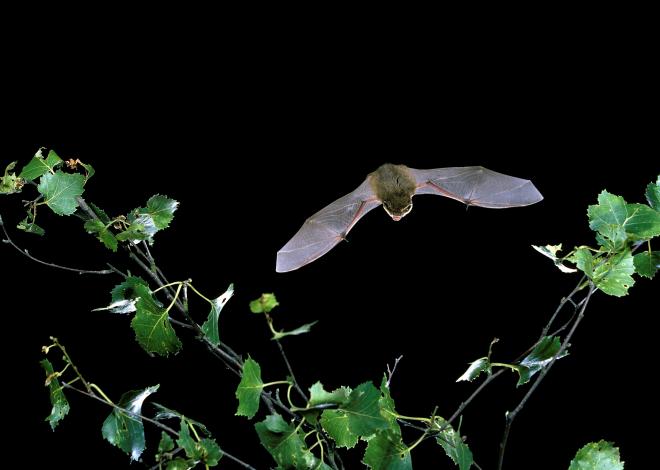 Each female produces a single baby, usually in June, and it suckles mother's milk until it is weaned at about five weeks old. At three weeks, nearing adult size, they are able to fly out at dusk with the adults and use ultrasonic echolocation to find their insect prey. The breeding roost generally disperses around August. Sexual maturity is usually reached in the second year, and some individual bats have been recorded as living for thirty years. Populations of bats in many parts of Lancashire are comparable in size and importance to some of the best areas in the country. The valleys of the Lune,Wyre, Hodder, Ribble and their tributaries hold substantial populations of Pipistrelles and Daubenton's bats. Ponds in the Fylde, mill lodges and reservoirs in eastern Lancashire and other areas provide concentrated feeding areas for many bats. Bats and Hares are both priority species in Lancashire's Biodiversity Action Plan.

People who wish to find out more information about bats and how they can help our threatened native population should contact the Bat Conservation Trust - website www.bats.org.uk  People can also receive free information and advice from the National Bat Helpline on 0345 1300 228