It’s too early to say for sure, but a large-scale environmental project to invest in peatbogs in the Forest of Bowland may have played an important role in smoothing out the sharp spikes in river levels and stemming the flood tide.

Working alongside a number of partners, not least their tenants, United Utilities (UU) – which owns thousands of acres of moorland in the Forest of Bowland AONB – has been investing in the restoration of the moorland for over a decade, returning it to its former glory.

Years of drainage of the UK uplands has caused 5,000-year-old peat bogs to dry out and erode releasing colour and sediment into watercourses and millions of tonnes of carbon dioxide into the atmosphere contributing to climate change.

Upland peatbogs provide critical environmental services, including the provision of much of the North West’s drinking water supplies – the main reason why United Utilities is so keen to see 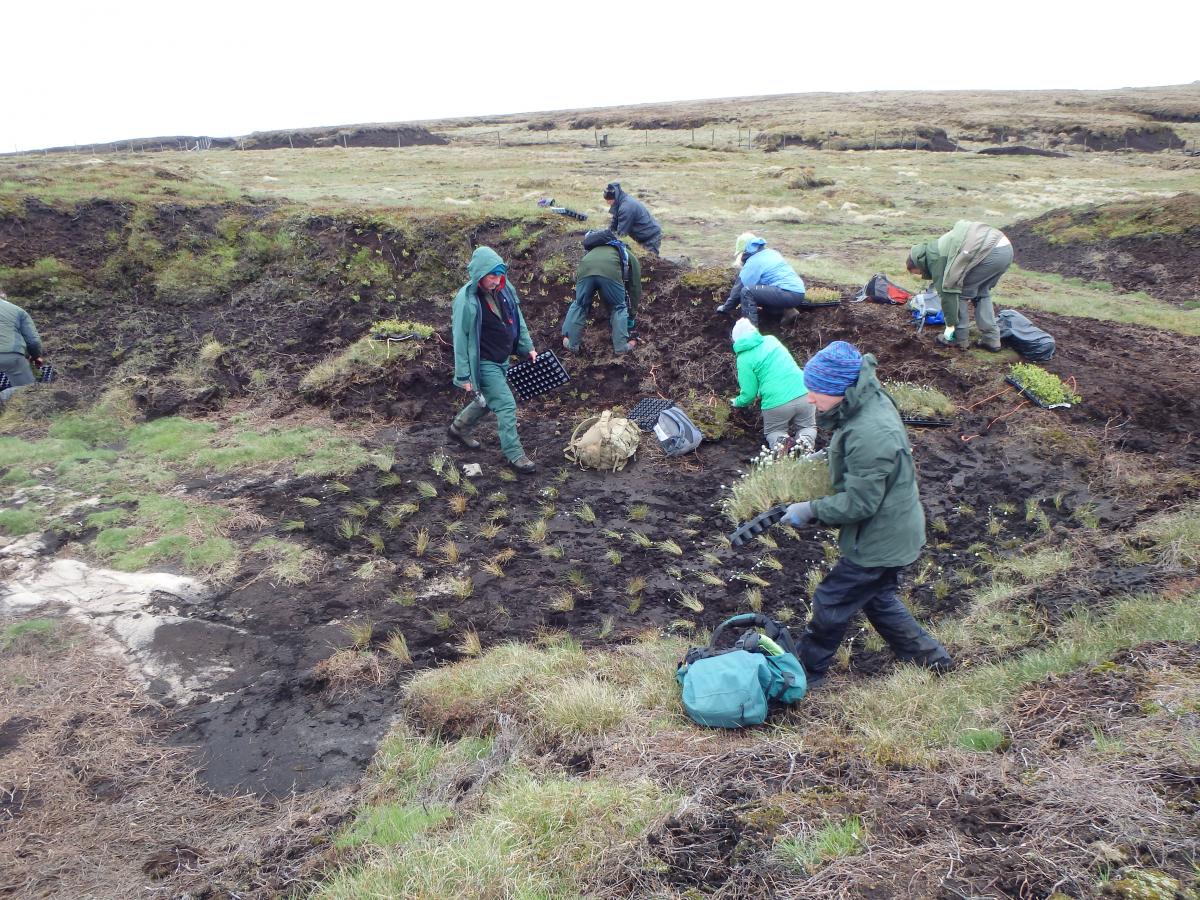 improvements to this internationally important habitat. Deterioration of the peat bog has negative effects on water quality, leading to increased water colour which has to be removed.

Peatbogs store millions of tonnes of the greenhouse gas carbon dioxide (CO2) and have the capacity to remove still more CO2 from the atmosphere. They also store and filter rainwater, holding it on the hilltops like huge natural sponges, filtering out any sediments and pollution, then releasing it slowly into the river system.

On a chilly late autumn day, I jump into a Land Rover with United Utilities Catchment Partnership Officer, Pete Wilson, and we head into the fells above Dunsop Bridge.

Clambering across the watershed it’s decidedly squelchy underfoot, but until quite recently, this wasn’t always the case.

“In the worst affected areas, the peat was so badly eroded it was reduced to little islands in a sea of thick black mud,” explained Pete.

High up on the tops of the Bowland Fells, ambitious projects to restore ancient peatbogs are beginning to have a positive impact. 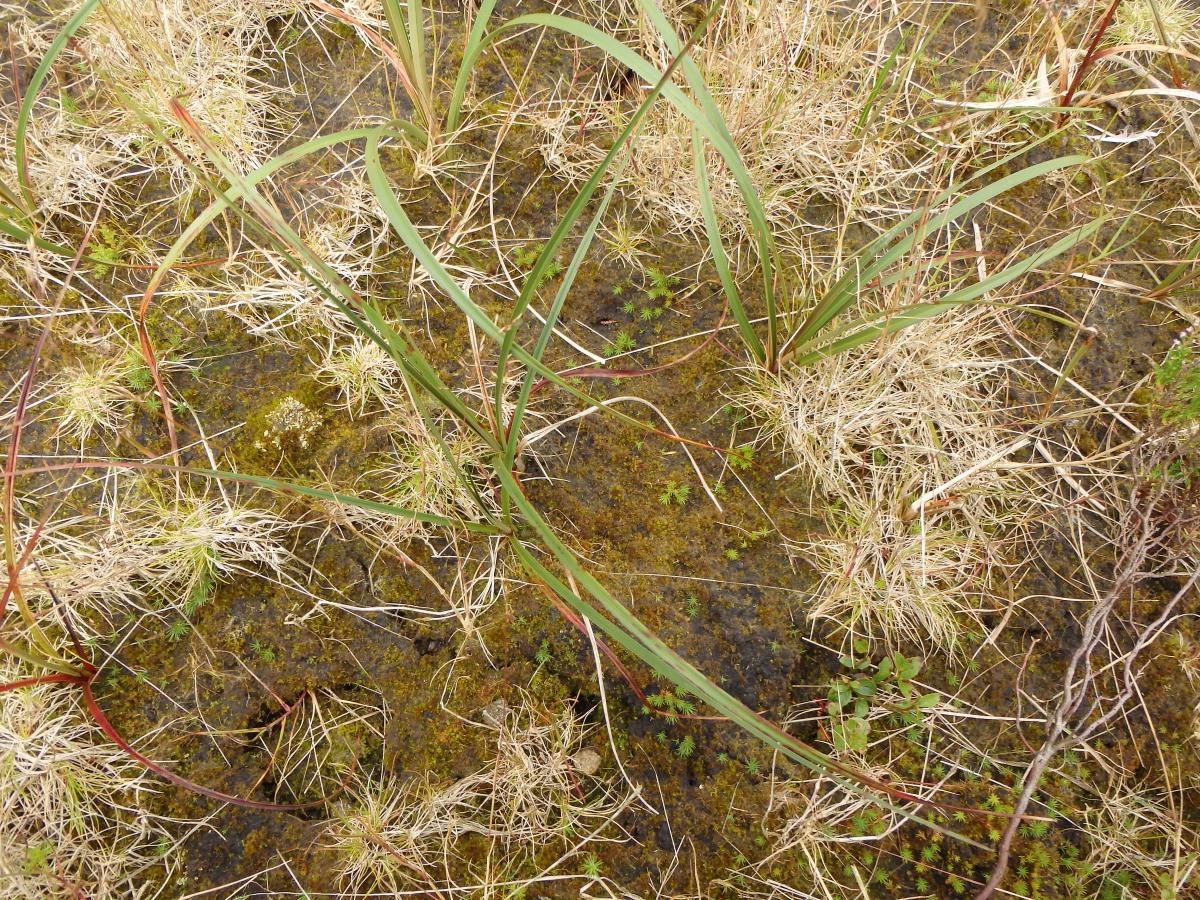 Pete explained that a few years on, after a lot of intervention, including the blocking of old drainage ditches, also known as grips, changes to grazing, and the re-seeding of areas of bare, eroding peat,  the seas of mud are being replaced by mosses, heather and grasses and the peat bogs are well on their way to recovery.

And thanks to Heritage Lottery funding for the new Pendle Landscape Partnership Scheme, a new peat restoration project is underway on the moorland surrounding the summit of Pendle Hill.

Work began in September (2018), and this intensive programme will see some 25 acres of upland peat bog to the west and north-west of Pendle’s summit cairn restored to pristine condition.

Project officer Sarah Robinson said: “We re-profile the peat hags to stop further erosion and introduce logs filled with coconut fibre to promote rehydration of the peat. We then stabilise the soil using natural re-seeding techniques that are pretty labour-intensive, so we will need lots of willing volunteers."

“We put down heather brash collected from elsewhere on the hill to create a protective microclimate just above the ground, then seed with native grasses whose roots quickly firm up the top layer of peat soil. 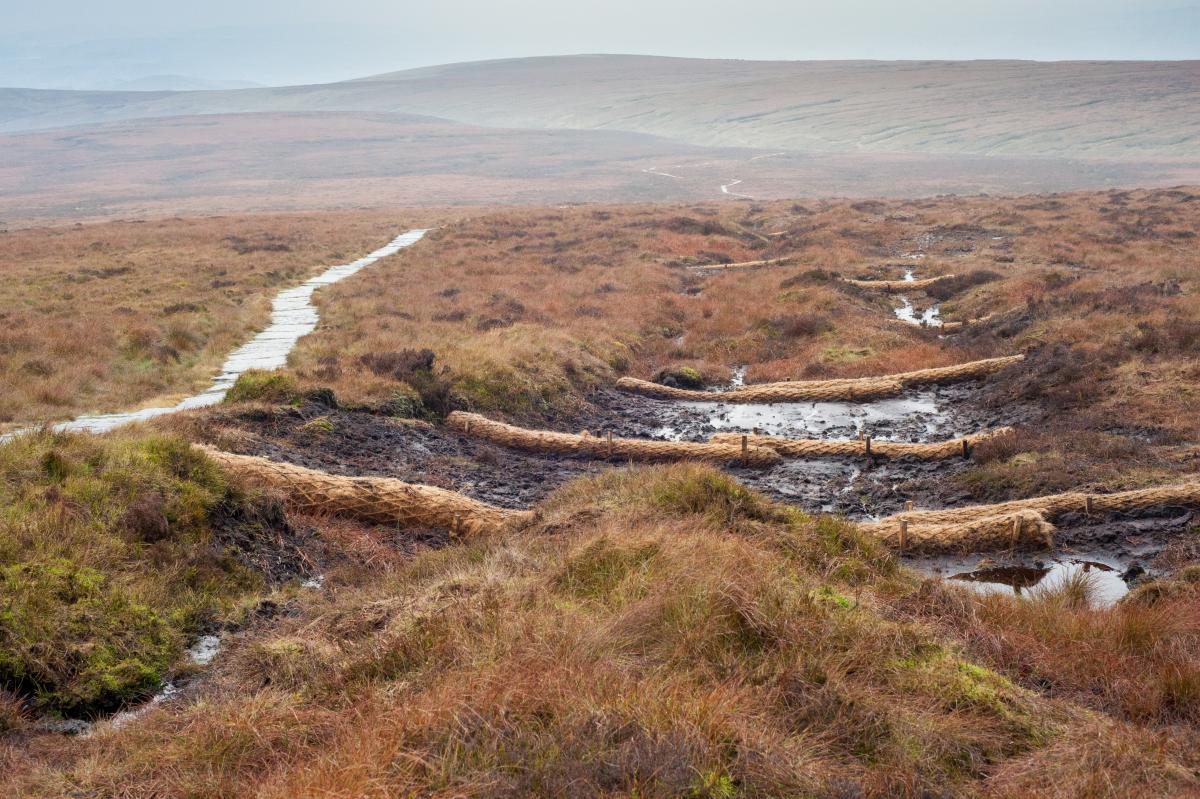 “The heather brash also contains natural seeds which should germinate and we supplement this process by planting plugs of sphagnum moss and other native flora.”

The peatland restoration project will continue through into 2019, but it will then take many more years for a uniform layer of moorland vegetation to establish itself.

To the west of the summit near the main ridge path, restoration work has taken place to the eroding gullies and barriers of peat and wood will slow the flow into the upland becks and streams. These natural flood prevention measures slow the run off from heavy rainfall higher up in the catchment and even out spikes in the water level downstream in the main rivers.  Only time will tell whether the works in the Bowland Fells and up on Pendle Hill will have such a beneficial impact, but the early indicators are positive.