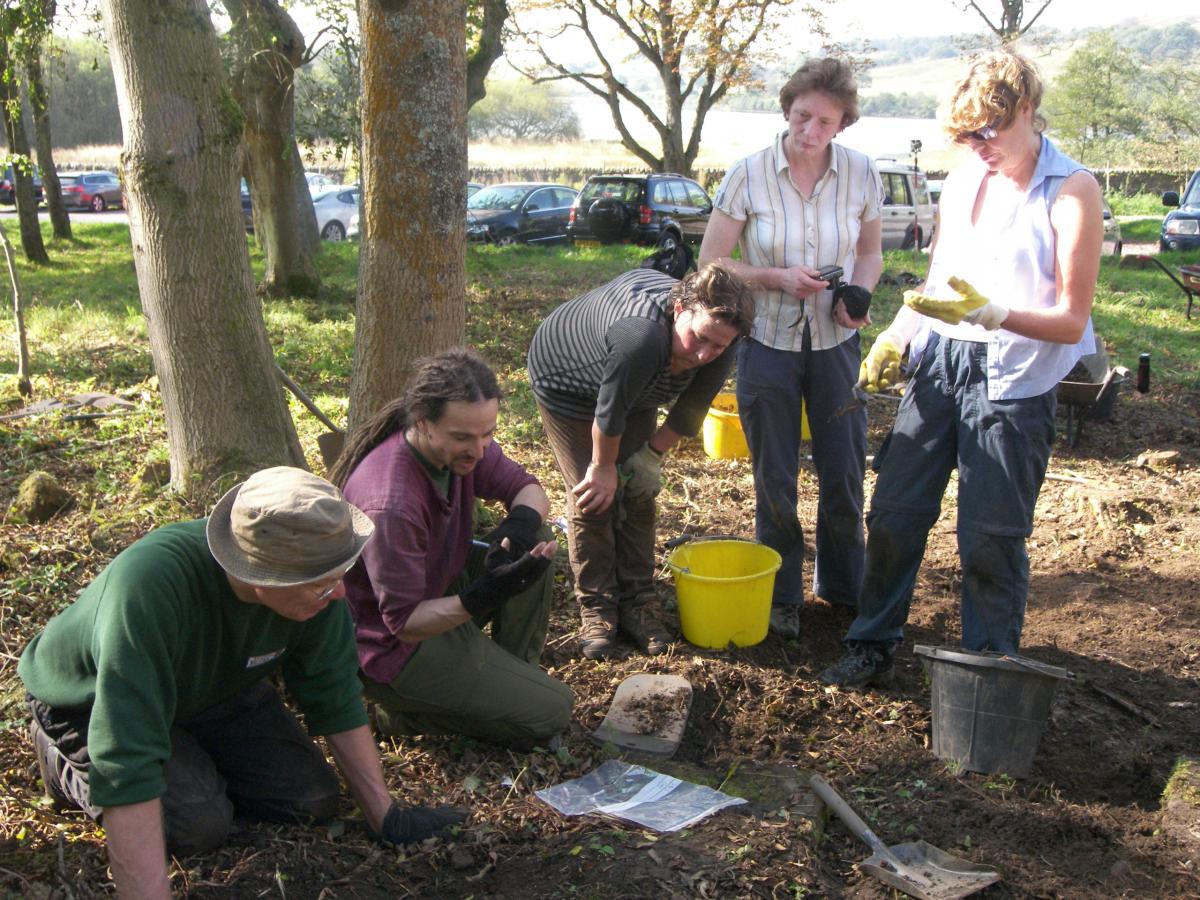 Sunday 16th June 2013 saw a congregation of around 30 gather at the site of the original St. James' Church, Stocks for a blessing by the Reverend George Darby. The event marked the end of our community archaeology project which began in September 2011 and which, during the following nine months, involved over 25 volunteers and local residents. During that time the project uncovered the footprint of the church, which had been demolished following the construction of Stocks Reservoir in the early part of the nineteenth century. Local connections with the original church are still strong and the blessing of the foundations was a very fitting way to remember the community which would once have worshiped there. Following the blessing the group at the church site moved to Tosside Community Hall where, with numbers swelled to almost fifty, Jamie Quartermaine, of Oxford Archaeology North, gave a presentation which told the story of the development of the Stocks-in-Bowland area and the progress of the St. James' project.

Many thanks are due to United Utilities for on-site support and contribution to project funding and also to Helen Wallbank at Slaidburn Archive, James Riley and Oxford Archaeology North for their expert help and advice. 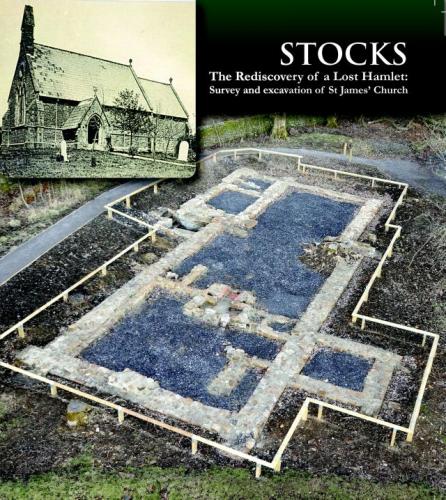 A new commemorative booklet – "Stocks. The Rediscovery of a Lost Hamlet.", has been produced and will be available to all those who volunteered during the project – a way to say thank you for such commitment and enthusiasm. Many thanks are due once again to United Utilities, Helen Wallbank at Slaidburn Village Archive, James Riley and Oxford Archaeology North for their expert help and advice. Remaining copies of the booklet are now available to buy (£3 each) with proceeds being divided between Slaidburn Village Archive and Champion Bowland. Please contact the Archive (01200 446161) or the Forest of Bowland AONB (01200 448000) if you would like a copy. 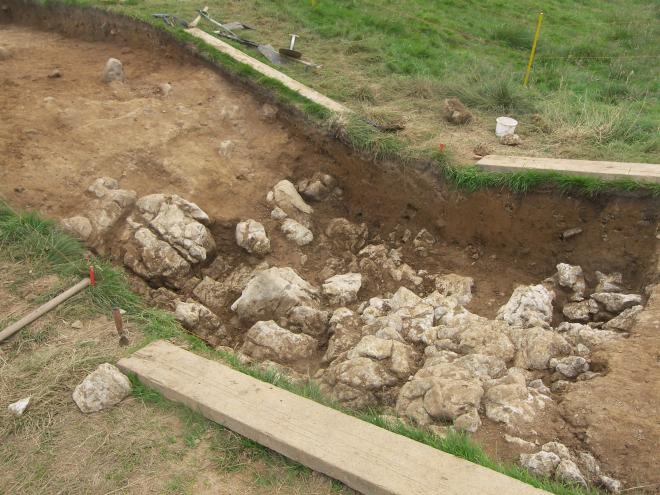 For five summers between 2011 and 2015 staff and students from Uclan left their desks behind and headed out to the Forest of Bowland in search of clues to the past. Members of the group were part of the university's archaeology department investigating evidence for prehistoric human activity in the limestone landscape above Whitewell in the Hodder valley.

Potential sites were originally identified with the help of the local farmer and through site visits, aerial photographs and inspection of Lancashire's Historic Environment Record.  These initial findings were then followed up by walkover surveys, geophysical work and the annual, month-long summer excavations.

Evidence from fieldwork and subsequent analysis of findings suggests that nomadic hunter-gatherers and early farmers occupied the Forest in the Stone Age, whilst Bronze Age burial sites and Iron Age settlements have also been newly discovered.

The remains of a 17th century cottage were discovered on the outskirts of the village of Barley, near Pendle Hill, in November 2011.

The discovery was made by a firm of archaeologists working for United Utilities (UU) who were planning work on the spillway of Lower Black Moss reservoir.  Fieldwork revealed the corner of a building and a lintel above ground and, as a desktop study had showed a former building at the site, the diggers were called in.  What the surveyors didn't expect to find hidden beneath the grassy slope was a wonderfully well-preserved cottage with ground floor walls still almost intact – not to mention a cooking range and twin stone bread ovens!

Once the diggers had cleared away the majority of the overlying soil the archaeologists were able to move in for a closer look.  What had been revealed was a 17th century, double-fronted, two-storey house which would have had lime-washed walls, flagged floors, a large number of windows along the front elevation and a sizeable inglenook fireplace in one room.  The quality of the stonework suggested that this had been quite a well-made building - later subdivided into two cottages.

The site was photographed and recorded before the remains were eventually dismantled.